We are engaged as the foremost Wholesale Trader and Retailer of Syska Powerbanks, Syska Wireless Bluetooth Earphones, Sandisk Pen Drives & Memory Cards, and Branded Headphones and Earphones etc.
We also deal in Smartphones of companies like Apple, Samsung, Oppo, Vivo, OnePlus, Realme, Mi, Redmi, Xiaomi, etc.
Our products are high in demand due to their premium quality and affordable prices.
Furthermore, we ensure to timely deliver these products to our clients, through this we have gained a huge clients base in the market.
+ Read More 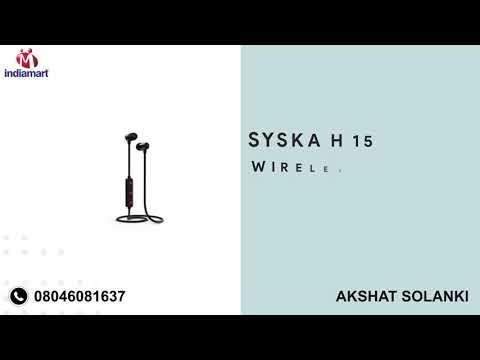 8517Telephone sets, including telephones for cellular networks or for other wireless networks; other apparatus for the transmission or reception of voice, images or other data, including apparatus for communication in a wired or wireless network (such as a local or wide area network), other than transmission or reception apparatus of heading 8443, 8525, 8527 or 8528.

85235220Discs, tapes, solid-state non-volatile storage devices, smart cards and other media for the recording of sound or of other phenomena, whether or not recorded, including matrices and masters production of discs, but excluding products of chapter 37 - semi-conductor media -- smart cards --- memory cards