Ashwini Homoeopathy Clinic (AHC) is a premium medical centre which specialises in innovative and effective forms of healing. Relentless efforts by Dr.Abhay Patil, who has pioneered homoeopathy treatment with astrological insights, have given AHC phenomenal results in overcoming tough medical challenges.Ashwini Homoeopathy has been successful in treating more than 1000 patients in the last few years. This would not have been possible without the unparalleled encouragement by my guru, Dr. Prafull Vijayakar. He gave me the platform for experimenting this idea for 2 years and treat his patients in his clinic and in various homoeopathy camps he had organized. I thank him from the deepest of my heart and wish him success in all his endeavors.Ashwini Homoeopathic Clinic was established in the year 1994 by Dr Abhay Patil, BHMS, under due guidance of Dr Prafull Vijayakar- honorary physician and professor of CMP Homoeopathic Medical college Vile Parle Mumbai. This clinic is one of the first clinic imparting treatment under classical homoeopathy in Navi-Mumbai, Maharashtra. This clinic is presently run by Dr Abhay Patil and Dr Mona Patil.+ Read More 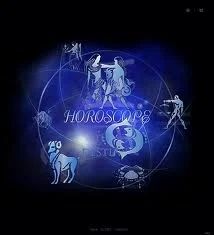 The idea to blend Astrology with Homoeopathy was hit upon by Dr. Abhay Patil, about four years back.
Consequent to the knowledge that conclusions towards the characteristics and behavior of a person could be drawn by study of his/her celestial influence i.e. from the Horoscope, Dr. Abhay Patil initiated interest in this field of Astrology.
It needs to be accepted that only the person who possesses in-depth knowledge in Homoeopathy and basic understanding of the Horoscope charts could venture into this field. Thus, Dr Abhay Patil underwent a course in basic Astrology to understand and effectively read the Horoscopes of Patients, with their due consent.

Horoscope, which is planetary position at our birth, is like our genetic map. It describes certain energy patterns based on the positions of the planets in the sky when you were born. These energy patterns are arrived at by thousands of years of research in the fields of astrology and experts can decipher those energy patterns effectively. These energy patterns rule your health and mind. The right health means the energy is flowing in a perfect harmony in our body. Horoscope offers accurate insights about our health to medical experts.

We are faced with diseases when the energy flow in our body is disturbed. Disease simply means "Not in Ease". Diseases are caused when the harmony inside our body is disturbed. Homoeopathy tries to restore this harmony to cure the patient. Homoeopathic cure works on the whole body. A right homoeopathic treatment improves the sustenance in the patient to the diseases. Homeopathic medicines are like vaccines which improve general immunity of person rather than specific diseases. Taking the patients history so as to understand him/her as a person and how he/she is different from others is very important.

Experts at AstroHomoeopathy use your horoscope for healing you better and by exploring your often hidden traits. It is very much different from using the horoscope for prediction. Horoscope helps the experts understand the nature of the person and what is the key aspect which has to be covered in the medicine. The patient may lie but the horoscope which is based on mathematical calculations cannot lie and shows the true character for person helping us to give the right remedy. In children and genetic bad cases or premature children, autistic chiledren, where symptoms are rare to find, horoscope gives an insight helping in proper diagnosis.

Treatment - Treat the person and not the disease

Physicians at AstroHomoeopathy have analysed almost 2000 cases in our long history and come to a pattern that we use to select certain medicine to certain planetary positions. Our findings are based on thousands of years of astrology experiences along with hundreds of years of homoeopathy treatment.

Homoeopathy works on the person in disease and not on the disease in person. It analyses the energy flow in the patient's body by talking to him and understanding the history (past events happened in the life) of the patients. Every human is unique. The physician works towards choosing a unique medicine that would cure the patient completely.

A wrong understanding of history may lead to delay in restoring the health of the patient. Many times, the patients fail to describe their state and various experiences that define the disease that is affecting them. Homeopathic history has its limitations that may affect the treatment. Another factor that limits the effectiveness of the treatment is the analysis from the perspective of the physician. Astrological analysis of the person is based on a mathematical chart. With the astrological analysis, chances of errors in interpretation and therefore treatment are less and help in faster cure. 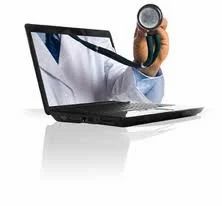 Technically advanced clinic. It offers consultancy to patients all around the world through an online channel. Online consultancy is useful in understanding the chief medical complaints, history and follow ups. Physicians at Ashwinihomoeopathy clinic use online messaging tools to interact with you to understand your illness better. This saves commutation time while keeping the entire conversation searchable for better results. Based on the conversation, physicians send medicines to your address and help you heal faster. 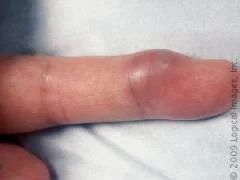 An abscess is a pocket of pus collection caused due to suppuration (i.e. formation or discharge of pus) after bacterial infection or injury. It can occur in any part of the body - outer surface, inner deeper organs or tissues. Even a boil, pustule or pimple can be called as a small abscess. It starts as a tender swelling with throbbing pain. However, if allowed to develop further, it becomes a hard painful swelling which results in draining of pus either inside or outside.

Generally, all abscesses feel warm due to increase in blood circulation; however, tubercular abscesses usually remain cold (hence, they are referred to as 'cold abscesses'). They too need immediate critical care.

Lancing (cutting of the abscess) can be avoided with timely Homoeopathic treatment to - Reduce the size of inflammation,reduce the pain, promote suppuration and drainage. Homoeopathy can effectively increase the immune system which helps to overcome the recurrent abscess and boils.

Common medicines indiacted in case of abscess which are of recent duration are Hepar sulph,calc sulph ,silicea .They should only be taken after consulting your homoeopath

A study reported in the journalBioMed Central Cancer compared homeopathic treatment against conventional treatment for cancer, finding that the homeopathic patients fared better. The primary measurement was quality of life, with fatigue and mental/emotional status also measured.
Although they had hoped to do a matched-pair study, their sample sizes, 259 homeopathy patients and 380 conventional patients, was not large enough to form more than eleven matched pairs. So, the study compared the results of the two different groups.

The initial diagnosis severity and degree of progression was significantly worse in patients who opted for homeopathic treatment. The claim of homeopaths that they're generally asked for assistance only after all other treatments have failed tends to be borne out by the fact that 50% of those who chose homeopathy in this study had already tried conventional treatment, while only 33% of those entering the study had yet been treated.
Patients chose whether to be treated within conventional or homeopathic clinics, but were free to choose the type of treatment they wanted during the year studied, though of course choices were made in consultation with therapists. However, all homeopathy patients of the homeopathy clinic spent one to two weeks in the homeopathy clinic for individualized selection of their remedies.

The results for several measures of fatigue were also given, and can be seen here (though not as readily decipherable as the above tables). In essence, what they show is that the homeopathy patients did better than the conventional ones.
An interesting side note is that patients in both groups used the alternative treatments of vitamins and mistletoe. However, the conventional patients tended to increase their use of them during the year, while homeopathy patients either maintained the same level of use or reduced it.

As any homeopath will attest, homeopathy cannot be tested by applying the same remedy to a group of people and placebo to another group. The nature of homeopathy requires individualized treatment, so the typical method of trialing pharmaceutical drugs does not adequately demonstrate efficacy or failure for either the remedy or homeopathy itself. This trial's strength was in devising a method that compares homeopathy itself with conventional treatment, rather than trying to force it into the same mold. As the authors point out:
It is important to notice that we have not studied the effect of homeopathic remedies, but of homeopathic care. This comprises the whole setting of case taking, individualisation, finding the right remedy and following up on the perceived effects in multiple cycles of feedback and adjustment. It goes without saying that this is an intensive communicative, interactive process that operates via many different pathways, some of which are likely to be psychological and very general in the sense of a meaning[ful] response, some of which might be specific to homeopathic therapy and its usage of the remedies.

Gastritis, Peptic Ulcers & Duodenal Ulcers-we call this problem an A- type personality complaint. Increase in the secretion of the acid in the stomach & damage to the mucus wall that prevents this acid from affecting the stomach causes this problem. Faulty diet, inappropriate use of medications & stress are important causes of this problem. The commonest symptom is pain in the abdomen and hunger pains. These pains are ameliorated temporarily by eating.

Acne or pimples ,frequently seen in young & teenage. This occurs mainly due to the action of hormones on the oil glands in the skin. The draining ducts of the oil glands get blocked and not able to drain the oil secretion. The oil and cells of blocked gland help to grow organisms. Thus, it results in the formation of pimples or acne.

Whiteheads and blackheads (Comedones): the enlarged and plugged hair follicles.