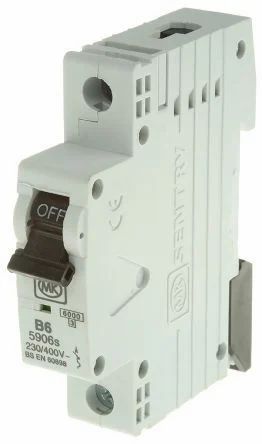 A miniature circuit breaker (MCB) automatically switches off electrical circuit during an abnormal condition of the network means in overload condition as well as faulty condition.

Nowadays we use an MCB in low voltage electrical network instead of a fuse. The fuse may not sense it but the miniature circuit breaker does it in a more reliable way. MCB is much more sensitive to overcurrent than fuse.

Handling an MCB is electrically safer than a fuse. Quick restoration of supply is possible in case of a fuse as because fuses must be re-wirable or replaced for restoring the supply. Restoration is easily possible by just switching it ON. Let’s look at the working of the miniature circuit breaker.