Dixon is one of the largest manufacturers of Consumer Electronics products including LED Television and DVD players. We have a capacity to produce 1.2 million LED TVs per annum which is almost 20% of the total market for LED TVs. Dixon is the only company offering end-to-end solution in LED TV segment including Auto Insertion, SMT, LCM module assembly, moulding and final assembly. Dixon manufactures complete range of LED Televisions starting from 19” till 65” including Ultra High Definition Televisions. 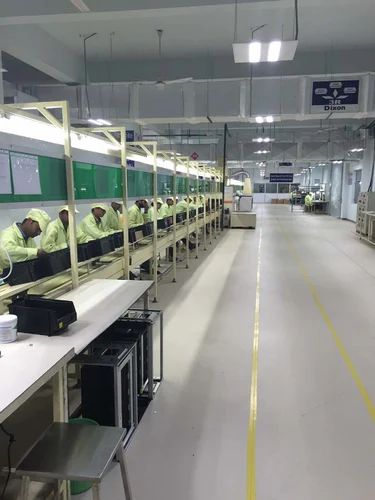 Dixon is India’s most respected manufacturer of electronic products for the Lighting industry. Equipped with a state-of-the-art Electronic manufacturing facility & a clear marketing focus on the B2B segment, it can not only do entire manufacturing but also provide exclusive consultation for designing and development of CFL- & LED-based lighting and illuminations project you may choose for your business.

Our dedicated Research and Development team continuously endeavors to develop lighting technologies that can change the world of illumination. Equipped with modern tools and equipment, our R&D team seeks to introduce latest innovations in our products and services.

Dixon is a leading manufacture, exporter and supplier of a range of automotive components used in automobile industries, which comes under the umbrella of Plastic Injection Moulding, through its state-of-the-art infrastructure equipped with more than 100 molding machines ranging from 80 tons to 1600 tons in capacity and several dedicated tool rooms. Accessories that are the result of our plastic injection moulding services conforms to various international standards and adds value to our customer’s product portfolio.

Leveraging on the experience and knowledge derived from manufacturing consumer durable products, our Company has set-up an R&D centre focusing on the research and development of electronics hardware designing, system architecture, mechanical design, component engineering and optics design and provide design enhancement and verification to our customers. Our R&D centre located at Noida has access to latest equipment such as photometric system for light source and colour analysers. The R&D team has the capabilities to verify and develop conceptual designs received from customers and convert such designs into deliverable products by improving the designs, recommending suitable raw materials and testing of trial products. The R&D team also aims to provide innovative solutions to improve manufacturing efficiency on the existing products, reduce production costs and also assists our customers in designing consumer durable and lighting products by providing design and engineering support.

We have received awards, such as the ‘Development Excellence Award (semi-automatic washing machine)’ from Panasonic India Private Limited in 2016.

We have recently started manufacturing of mobile phones through our joint venture, PEPL, commercial production of which started in January 2016.

Mobile phone manufacturing requires controlled environment and testing mobile devices requires special equipment and methodology. The key raw materials and components used in manufacture of mobile phones include touch panel, LCD, PCBAs, FPCs and front and back housing. We currently do not have designing capabilities in the mobile phones vertical.

As per the Frost & Sullivan Report, volume and value wise demand for smart phones is rising at the rate of 27.1% and 28.2% respectively between FY 16 to FY 21. Buoyed by the rising demand, Government is taking keen interest to push for increasing domestic value addition by making imports costlier. This has pushed OEMs to make investments in local manufacturing capabilities, thus accelerating domestic production seen in recent years. Global players are expected to dominate the high price segment while domestic players are expected to dominate the low to mid segment of the mobile phones market. (Source: Frost & Sullivan Report)

Our strategy in the mobile phones vertical is deepening of relationships with existing key customers, migration towards PCB level assembly as a first step and backward integration for mobile phone chargers.

Equipped with versatile automated presses ranging from 30-ton to 100-ton capacity, we are able to satisfy a wide range of engineering and design needs. The unit is equipped with all necessary production machinery and equipment for ensuring excellent quality control. 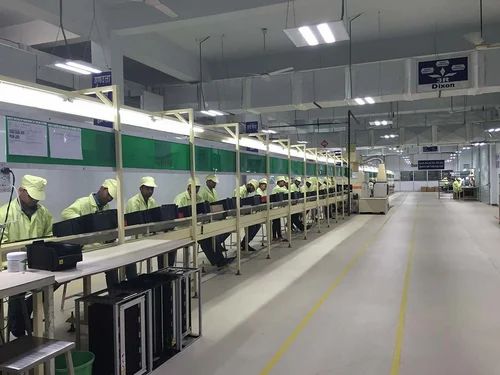