We Himalaya Engineers are one of India’s premier manufacturers of cooling tower. We specialize in the manufacturing of FRP counter flow induced draft cooling towers with a capacity of 5 TR to 1000 TR. We also supplies cooling tower de-scaling chemical, Water filters.

Our growth in the cooling tower industry has been progressive and dynamic and our client list includes most major organizations in Plastics, Woven sack, Pipes, pharmaceuticals, automobiles, power plants, chemicals, HVAC, petrochemicals, public sector and rubbers among others.+ Read More 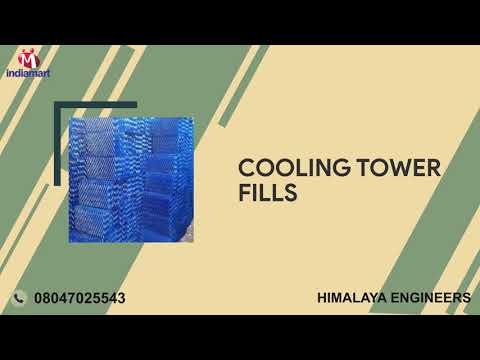 8419Machinery, plant or laboratory equipment, whether or not electrically heated,(excluding furnaces, ovens and other equipment of heading 8514), for the treatment of materials by a process involving a change of temperature such as heating, cooking, roasting, distilling, rectifying, sterilising pasteurising, steaming, drying, evaporating, vapourising, condensing or cooling, other than machinery or plant of a kind used for domestic purposes

8421Centrifuges, including centrifugal dryers; filtering or purifying machinery and apparatus, for liquids or gases