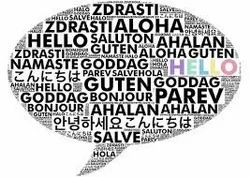 With a very small investment, a properly performed localization can increase the number of downloads of your app, which otherwise might never have been discovered due to language barriers. Also, research studies indicate that users prefer to use apps in their native language and are more willing to spend money when they have a localized version of an app.

Android Apps, but Also Apple iOS, Windows and BlackBerry
Crystal Translation is one of the pioneers in app translations and was selected by Google to help develop its translation platform specifically for Android apps, which is offered through Google Play. Further, we are one of only three vendors providing app localization services on the platform.

In addition to Android applications, we also localize applications made for Apple, Windows, BlackBerry and Samsung. It has been demonstrated that clients who have their apps localized see their sales increase and are better able to enter different markets by breaking the language barriers. Thanks to these new users, developers and owners are able to grow their brand and improve the overall experience of their new as well as existing users.

Where Should You Localize your Application to?
When deciding which markets an app should be localized to, a developer should pay attention to several factors. A primary factor is to analyze the origin of the traffic. If there is a good amount of traffic from a particular country, we recommend localizing the description and the app to such country and language. Another factor is to assess the market size of your particular app in other countries and languages. For example, we always recommend localizing apps into Spanish to target the U.S. Hispanic market, given the mobile penetration among these Spanish speakers in the U.S.

What Parts of Your Application Should You Localize?
A common question asked is what parts of an app should be translated and localized. To provide the best user experience and maximize sales, we recommend having all the different parts (e.g. description, app, instructions, names, etc.) localized. However, one can always begin with the description first and later with the app itself. Sometimes the name needs to be localized as well, whereas other times it is best to leave the original name; this requires a case-by-case assessment. The localizable or translatable parts of an app include:

App Localization for Different Devices:
All devices are different, especially in size. For this reason sometimes when we translate, we need to measure character space. For example, a BlackBerry’s screen is much smaller than the screens for newer Android or Apple devices. Hence, it is important to take into account the maximum number of characters for each string, since the text must have a specific size in order to fit on the device’s screen.

For apps running on Android, Windows and BlackBerry, most likely only one localization will be necessary for all the devices. However, Apple iOS may require a special localization effort considering the fact that it allows for a tailor-made user experience for the ipad, ipad Mini, ipod and iphone apps. 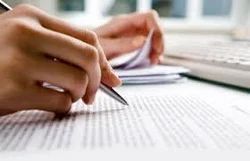 Our onsite interpreters have undergone the most rigorous language training in the industry. With UN certified interpreters on staff, Crystal Translations understands the strict standards necessary to provide accurate onsite interpretations. With linguists trained in over 170 languages covering all subject matters, Crystal Translations will find the right linguist for your subject matter, no matter how complex.

As with all of our service offerings, Crystal Translations adheres to strict standards of confidentiality and quality.

Crystal Translations is the provider to over 5,000 clients worldwide and is Crystal by the most reputable organizations in the world, including the U.S. Military and government. Whether you need business, legal, medical, educational, or conference onsite interpretation services, Crystal Translations is your cost-effective and reliable solution.

Onsite Consecutive Interpretation
Crystal Translations is a leader in the area of consecutive interpretations. Onsite consecutive interpretation services involve having one or more of our top interpreters at your location that listen to a phrase, wait for the speaker to finish their idea or phrase and then interpret for the audience as the speaker waits in silence for the interpreter to finish. In other words, there is normally only one person talking at a time. This format is often used in smaller settings where the use of simultaneous interpretations would be too costly and inefficient due to use of the required equipment, such as headsets and transmitting equipment.