M.L.C. (Meridian Life Cure) takes a holistic approach to physical, mental, and spiritual well being, providing a sanctuary for the senses, with senses, based on ancient Himalayan & Shaivita traditions that date back centuries, our intimate spa blends five elements and serenity with exotic sensuality. Our body therapy are based on evolving techniques that have passed through the hands of many generations in remote Himalayas, Our distressing & olistic inner beauty remedies make use of aromatic oils and herbs and spices with ancient healing powers. Under the intuitive & caring touch of our therapists, simple sensory pleasures are reawakened, completing the experience that defines the M.L.C. (Meridian Life Cure) Spa Life. Come let’s relive the ancient way of healing & wellness.+ Read More 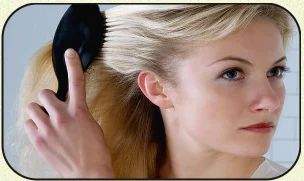 Some of the most profound advancements have taken place in the non-surgical sector. Due to the limitations of current drugs and surgery, a full natural looking head of hair can be best achieved through this process. Commonly accepted, this process has been embraced extensively in the general population. To date, it is the only method which can give the appearance of a full head of hair.

How is it done?

The finest human hair is selected to match your own hair with three very important characteristics involved: colour, density and wave or curl. These qualities are crucial in the satisfaction of a client. Since every hair style is different and expectations vary from person to person, a consultation is key in determining what is needed to make your appearance the best it can be. Some clients may just want to look like they did a few years ago while others may want an entirely different look than what they are accustomed to.

The first step is to take hair samples to match hair colour and wave. Data is then complied to establish whatlook the client desires. Some of the criteria used to determine a great look is age, facial structure and shape of the head.

Because of this new technology and the fact that the hair is added one strand at a time, you can actually see your own scalp. This new hair and scalp technology is non-intrusive, completely porous and does not hinder hair growth nor does it harm follicle or scalp cells. At the National Research Centre, the process has been put through years of rigorous testing in extreme activities and conditions. So, if you like to swim, jog, or get rough, you can feel comfortable in knowing that your new hair is part of you.

The best part of this process is the versatility! Unlike when a person starts losing hair, you’re not confined to one hair style. With this method you can change your hair style any time. You can have long hair, short hair, combed forward or back. The variations are limitless. In most cases, clients are given the opportunity to try different looks. They can simply bring in pictures of when they were younger and had a full head of hair or styles that they like from magazines 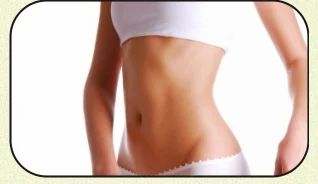 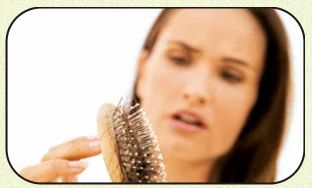 Hair fall is one of the most common and worrying problems related to hair. We have a multi-pronged treatment for falling hair. It involves the application of special oils, massage and steam along with stimulation of strategic pressure points. Our experts ensure that the appropriate pressure points are activated. This treatment with Ayurveda oils, massage & steam helps the penetration of herbs and is effective and long-lasting solutions.

Dandruff is merely an accumulation of dead scalp cells. A systematic procedure for treating the scalp is followed. Special oils are used to treat the scalp along with massage and steam. Different oils are used according to the constitution of the person to get relief from the dead scalp cells. A specially prepared herbal hair care powder is used to clean the scalp. This not only helps to get rid of dandruff but also helps to save the natural oil of the scalp. Our Other Hair Services Cutting, Styling, Coloring etc. 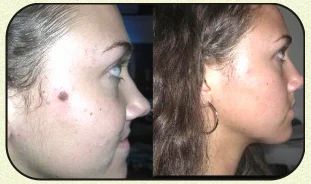 Common warts are local growths in the skin that are caused by virus infection. They are generally not contagious. A wart is a small, hard, rough lump on your skin. Although you may get a wart anywhere on your body, they are most common on fingers and hands. You may or may not need treatment. Warts can be a long-term problem. Causes Warts are caused by a virus called Human Papillomavirus (PAP-ih-LOW- muh-VI-russ), or HPV. Signs/Symptoms. The wart may be reddish-brown, black, gray, or the same color as your skin. Warts can grow and spread. You may develop a number of them or find only one. Warts sometimes go away without treatment. Others may need to be removed by the doctor. The two most common procedures are electrocautery (burning the wart away) and cryotherapy (killing the wart with frost). At M.L.C. (MERIDIAN LIFE CURE) we pracise both methodologiesto achieve results.

A mole or melanocytic naevus is a small, dark spot on the skin. It can be either subdermal (composed of melanin), or a pigmented growth on the skin, formed mostly of melanocytes. The high concentration of melanin is responsible for their dark color. They are a member of the family of skin lesions known as naevi.

Freckles are small tan spots of melanin on the skin of people with fair complexions. Having freckles is genetic and is related to the presence of the melanocortin-1 receptor MC1R gene variant. Freckling can also be triggered by long exposure to sunlight, such as suntanning. When the sun's rays penetrate the skin, they activate melanocytes which can cause freckles to become darker and more numerous, although the distribution of melanin is not the same. Fair hair such as blonde, or more commonly red hair, are usually common with the genetic factor of freckles, but none so much as fair or pale skin.

What to Expect While You're there?

If electro cautery is planned, be sure to tell the doctor if you wear a pacemaker for your heart. During Your Wart Removal: The wart and the area around it will be cleaned. The dotor may give you numbing medicine so you will feel little pain.

Removal of Warts, Moles and Freckles

In electro cautery, a tool with a thin, needle-like, hot tip will be touched to the wart. The area around the wart may look as though it is ""bubbling.'' In cryotherapy, an extremely cold fluid such as liquid nitrogen will be applied to the wart. You may feel a mild sting and the area may turn white.

The doctor may cover the area with a bandage and give you instructions for taking care of the area. You may need another treatment if the wart reappears. If there is bleeding during the first 24 hours, press a clean tissue or cloth to the area for 10 minutes. Keep the treated area clean with soap and water. You may cover it with a small adhesive bandage to protect it for a few days. If the bandage gets wet, change it promptly. After cryotherapy, do not apply any medicine, creams, or lotions to the treated area. A scab will form over an area treated with electro cautery. It will drop off by itself, leaving a small scar. Healing time is 2 to 3 weeks. If you receive cryotherapy, a blister will form at the site. Do not pick at the blister or try to break it open. It will break by itself in 10 to 14 days, leaving a scab. 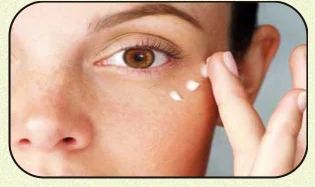 Treatment for Under Eye Problems

Under Eye Treatment - Trio Actions we treat Dark Circles, Puffiness, Wrinkles by combination of multiple thearpies. You can see the instant result within 15 inutes.

We at M.L.C. (MERIDIAN LIFE CURE) help you reduce upto 5 kilos and 25 inches in just few sittings. It not only treats the root cause of obesity, but also the whole body (both internally and externally) so that the flab dose not gets redposited. Therapies are based on pulse current method, Chinese method and Sea Weed method. It does not demand any major changes in diet.
At M.L.C. (MERIDIAN LIFE CURE) you are first put through a Body composition analysis which indicates your body mass, lean body weight, fat content, targeted weight keeping your current height, weight and structure in mind. Post the analysis you are counselled by a doctor and a dietician who help you understand your body dynamics and how you can alter your path when it comes to eating healthy. Post the counselling, a therapy programme is custom made to your requirement. A regime is chalked out under able guidance to achieve the weight parameters that act as our drivers. Session after session you will find with constant monitoring and treatment that weight loss is achievable and not a distant dream. 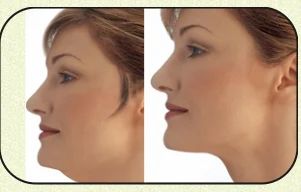 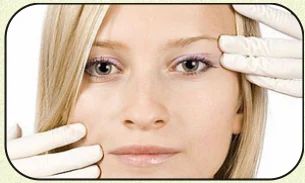