Why Plasopack Industries ?
Simply stated, Plasopack doors will make your home more beautiful.
We possess a distinctive style and flare that can accent a décor and even become the focus of a room or the exterior of your home. We provide arresting beauty, lasting durability and timeless performance. Plasopack is known  for innovation, quality products and a commitment to excellence. Over 28 years of dedication to innovation, technical advancements and customers make Plasopack the brand that builders, re-modelers and consumers choose when creating homes of distinction. Plasopack understand that people love their homes. Plasopack is continually creating new and innovative products that will make any home more beautiful, more valuable and more enjoyable.   Compare the Plasopack Doors:   Value :  We offer you better products, superior options, more configurations and exceptional service. Variety  :  We provide the most comprehensive portfolio of styles, designs, textures, components, glass options, applications and  Materials. Quality  :  We promise durable, long-lasting doors in a broad range of materials and finishes. Support : We are committed to providing exceptional customer support backed by After sales Services. Innovation : We pride ourselves in really listening to our customers. We apply what we learn to create new and innovative products and services. In addition, to capture new technologies and materials for use in future products. Design/Style : We have the most extensive portfolio of designs and styles available  anywhere. Plasopack is the undisputed leader in interior doors, designs and unique styles that are only available from . Plasopack We offer absolute, unbeatable value in entry doors. Plasopack has the broadest range of panel designs, glass options and available material choices - all at an affordable price. + Read More 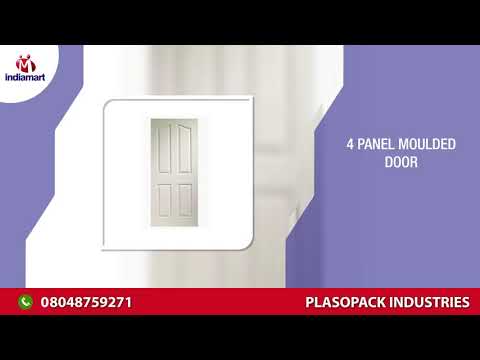 4408Sheets for veneering (including those obtained by slicing laminated wood), for plywood or for similar laminated wood and other wood, sawn lengthwise, sliced or peeled, whether or not planed, sanded, spliced or end-jointed, of a thickness not exceeding 6 mm