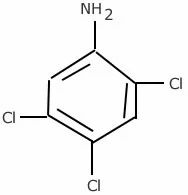 Way back in 1950, Dr. K.H. Patel, at present the head of Patel Group of Industries, had graduated in Chemical Engineering from the Witwatersrand University, South Africa. Obtained Masters from University of Southern California and Doctorate from Columbia University - New York, left U.S.A. and came down to India.

With an enormous volume of desire and dream to contribute towards the industrial development in this country, he set up an industrial unit called Indosal Chemicals to pioneer manufacturing of Salicylic Acid in India, with his own patented process. This was the first brick in the foundation of the Patel Group of Industries. Since then, the innovative abilities of Dr. K.H. Patel, the sculptor of Patel Group, have carried on the march of progress. In 1960, after successful endeavors at Indosal, a proprietary concern, Chemical Development & Construction Corporation, came into existence. This aimed at fabricating Chemical Plants on turnkey basis. In 1968, he pioneered manufacturing Nitro Benzene and in 1976 Alphanaphthylamine in the same concern. A leap forward in shaping of Patel Group of Industries, M/s.Arun Chemi-Dyes was established in 1968 which undertook manufacturing of Sodium Naphthionate.

Since then the group has expanded its horizons and is one of the leading manufacturers of Benzene as well as Naphthelene based compounds. With a state of the art R & D facility becoming functional in August 2003, the group is poised for tremendous growth.

Get Directions
https://www.indiamart.com/yashashvi-rasayan
View Mobile No.
Call +91-9825115821
Send SMS
Send Email
Tell us what you
need
Receive seller
details
Seal the deal
Pay with IndiaMART
Save time! Get Best Deal
I agree to the terms and privacy policy