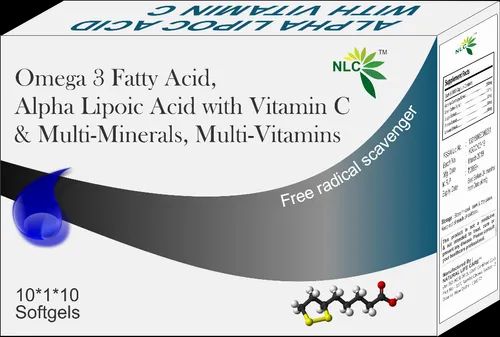 Alpha-lipoic acid is a compound found naturally inside every cell of the human body. Its primary role is to convert blood sugar (glucose) into energy using oxygen, a process referred to as aerobic metabolism. Alpha-lipoic acid is also considered an antioxidant, meaning that it can neutralize harmful compounds called free radicals that damage cells at the genetic level.

What makes alpha-lipoic acid so unique is that it is soluble in both water and fat. That means that it can deliver energy immediately or warehouse it for future use.

Alpha-lipoic acid can also recycle "used" antioxidants, including vitamin C, vitamin E, and a potent amino acid compound known as glutathione. Whenever these antioxidants neutralize a free radical, they destabilize and become free radicals themselves. Alpha-lipoic acid helps restore them by absorbing excess electrons and converting them to the back to their stable form.

Alpha-lipoic acid is sometimes taken as a supplement under the presumption it can improve certain metabolic functions, including fat burning, collagen production, and blood glucose control. There is growing evidence of at least some of these claims.

In addition to supplements, alpha-lipoic acid is synthesized in the body and found in many of the foods we eat, especially Brussels sprouts, spinach, broccoli, peas, brewer's yeast, potato, yams, carrots, rice bran, and organ meats.

Much of the research involving alpha-lipoic acid has been centered on the prevention of diabetes and the management of diabetic nerve pain.

In addition, many alternative practitioners contend that alpha-lipoic acid can prevent or treat a multitude of health conditions, including alcoholic liver disease, HIV, Alzheimer's disease, bipolar disorder, cardiac arrhythmia, high blood pressure, rheumatoid arthritis, premature labor, schizophrenia, and erectile dysfunction, among others. To date, there is little evidence to support these claims.

We are third Party Manufacturer of Glutathione, Alpha Lipoic Acid And Vitamin C Softgel Capsules. Oval (Green Color) Blister Pack: 10*10 or 10*1*10 Bottle Pack: 30, 60 or 90 capsules per bottle Glutathione is a substance produced naturally by the liver. It is also found in fruits, vegetables, and meats. Glutathione acts as an important antioxidant in your body. That means it helps combat free radicals. These are molecules that can damage your body's cells. Glutathione plays a role in many chemical reactions in your body. It also helps detoxify chemicals, including some that your body creates naturally, as well as pollutants and drugs

Year of Establishment2008
Legal Status of FirmIndividual - Proprietor
Nature of BusinessManufacturer
Number of Employees11 to 25 People
Annual TurnoverRs. 1 - 2 Crore
IndiaMART Member SinceSep 2014
GST07CCPPS7982C1ZX
Natural Life Care is a highly renowned firm of the industry, which has got established with a sole motto to be the customers' most preferred choice. We came into being in the year 2008 and started our business as a sole proprietor. Headquarter of our organization is located in Dwarka, New Delhi. Ever since the establishment, our company has focused all its efforts towards wholesaling the best quality range of Natural Drops, Mineral Drops, Herbal Drops, Supplement Capsule, Herbal Powder, Natural Juice, Joint Spray and many others. Processed hygienically at our vendors' end, our whole assortment is widely getting appreciated for its effectiveness, better results and reliability. Besides, we are focused towards the maintenance of quality in whole assortment and therefore, we have adopted stringent quality checking policies and measures suggested by the industry.
Send your enquiry to this supplier
I agree to the terms and privacy policy

Get Directions
https://www.indiamart.com/natural-lifecare-delhi
View Mobile No.
Call +91-8042962376
Send SMS
Send Email
Tell us what you
need
Receive seller
details
Seal the deal
Pay with IndiaMART
Save time! Get Best Deal
I agree to the terms and privacy policy