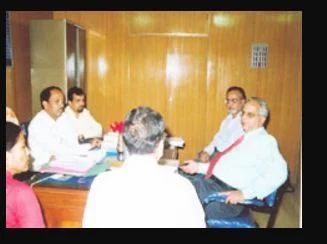 Nature of BusinessSchool / College / Coaching / Tuition / Hobby Classes
IndiaMART Member SinceSep 2015
Sudhiranjan Lahiri Mahavidyalaya grew out of dream of a dedicated social worker and freedom fighter, Sudhiranjan Lahiri, who devoted all his tangible and intangible resources to the cause of higher education for the young in the locality. Of late, this institution has transformed into an ever-growing centre in pursuit of excellence in higher education for the students far beyond its conventional hinterland. Excellence through Dedication is the mantra unceasingly enkindles the teaching faculty and the in house staff to perform their responsibilities for the benefit of the students. As this institution is located in the periphery with all its social and economic peripheral attributes, it usually imposes no choice in respect of admission. However, the peripheral students come out with marketable potentiality and higher human values in them. The college started its journey with affiliation to the University of Calcutta for pre-University and undergraduate course in 1966. Only 27 students in total enrolled themselves to the said courses. In 1973, the college earned affiliation for Bengali Honours standard and in 1974 Pass/General standard in Commerce was introduced. It was under the able leadership of late principal Dr. Hirendra Chandra Ghosh that the college really began to take off. This institution is perhaps the only instance in the rural border area of West Bengal that is affiliated in so many subjects with Honours standard in Bengali, Accountancy, History, Political Science, Philosophy, Sociology, English and Geography along with pass/General standard to Economics, Defense Studies Physical Education and Geography. By this time the student strength has crossed the 1500 mark.In the year 1980 obtained recognition of the University Grants Commission under section 2(f) and 12B of the University Grants Commission Act, 1956.From April, 1999 the University of Kalyani became the affiliating university for this college under the decision of the West Bengal State Legislature along with all other colleges in the districts of Nadia and Murshidabad. Following the Kalyani University pattern, the academic session of the college is annual, beginning July each year.In the year 2008 it has been accreditated by NAAC and obtained ´B´ grade.
Send your enquiry to this supplier
I agree to the terms and privacy policy