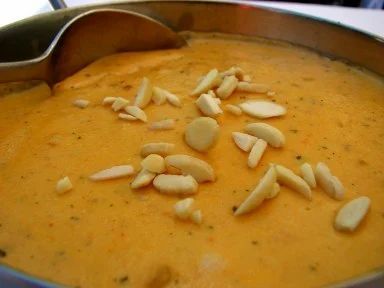 Year of Establishment1913
Legal Status of FirmLimited Company (Ltd./Pvt.Ltd.)
Nature of BusinessService Provider
Number of Employees26 to 50 People
Annual Turnover2008-09 Rs. 10 - 25 Crore Approx.
2009-10 Rs. 10 - 25 Crore Approx.
2010-11 Rs. 10 - 25 Crore Approx.
IndiaMART Member SinceDec 1998
GST07AAACK0950C1Z3
The Mughals would not have even dreamed off that their cooks, in coming times will be making history of their own. The central Asian Dynasty founded by the Baber was determined unlike other invaders to rule India making it permanent Home. Since there were no clear cut guide lines laid by the Mughals for their legal heir to access the throne, there were always severe fights among the heirs to claim the throne.... perhaps on the theory of the FITTEST SURVIVE. Thus lately after the death of the Mughal King Aurangzeb Alamgeer, the political disorganization enabled the British to grab the whole of India easily. Cooking The Royal Food is the hereditary profession of Karim''''''''s ; because wherever the Mughal''''''''s went they took over our ancestors alongwith them right from the times of Babur. The Mughlai food developed under the patronage of the Mughal Kings and Queens using the Indian spices; when the Mughals made India their permanent homeland. The end of this prestigious royal employment came to an end during the year of mutiny 1857, when the last Mughal King Bhadur Shah Zafer was dethroned. The Karim''''''''s ancestors to save themselves from the fury of the British, fled from the Lal Qila and took shelter in the vicinity now called Farukhnagar, district Ghaziabad, Uttar Pradesh, there they lived in disguise trying the different types of livelihood, simultaneously the father never forgot to inherit the fine art of cooking the "Royal Food" to his son. In 1911, when Delhi Durbar was held for the coronation of the King George V, Haji Karimuddin moved back to Delhi with an innovative idea of opening a Dhaba to cater the people coming from allover India to join the coronation. Haji Karimuddin started the Dhaba selling just two items of Alu Gosht and Daal served with Rumali Roti. In 1913, Haji Karimuddin Established the Karim Hotel in Gali Kababian, Jama Masjid, Delhi saying, "I want to earn fame and money by serving the royal food to the common man". Allah has 99 names and Karim is one of them. It is because of this very name, Karim is growing day by day. Today, the fourth generation is running the show with Karim Hotels Pvt. Ltd. at Jama Masjid, a Restaurant called Dastar Khwan-E-Karim at Nizamuddin West New Delhi.

Get Directions
https://www.indiamart.com/karim-hotels-ltd
View Mobile No.
Call +91-9899523626
Send SMS
Send Email
Tell us what you
need
Receive seller
details
Seal the deal
Pay with IndiaMART
Save time! Get Best Deal
I agree to the terms and privacy policy