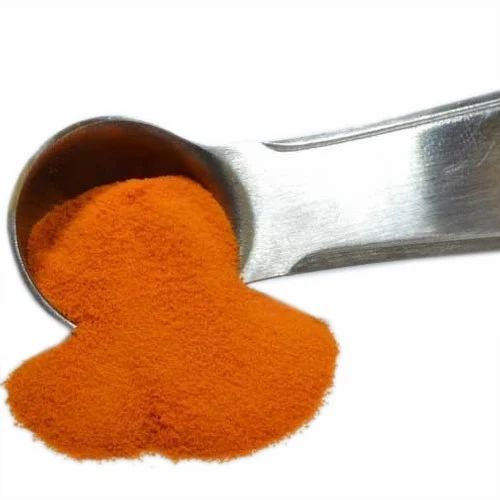 Beta-Carotene is a member of the carotenoid family - highly pigmented (red, orange, yellow), fat-soluble compounds found naturally in many fruits, grains, oils, and vegetables and also micro-algaes (Duniella Salina). Among the carotenoids that can be converted to vitamin A in the human body (so-called ‘provitamin A carotenoids’), Beta-Carotene is the most abundant and efficient one found in foods.

For manufacturing natural mixed carotenoids/beta carotene, Duniella salina in grown in open ponds with requisite sunlight along with a source of nitrogen and carbon.Biomass grown is collected, filtered, dried and carotene is extracted by solvent extraction method.

A sufficient intake of Beta Carotene is important as it functions as :

Established in the year 2006, Rudra Bioventures Pvt. Ltd. has created a well-known position in the market. We are instrumental in Manufacturing and Exporting an Algae Ingredients, Probiotics Products, Collagen Peptide and many more. The products are exported all around the world. We are a young dynamic marketing company with relevance in today’s marketplace with focus on products/technology and innovation.

We a techno-commercial marketing company providing end to end solutions and working on technologies / products primarily from marine and plant based raw materials coupled with green chemistry. We source and market ingredients / products extracted from algae’s.

Get Directions
https://www.indiamart.com/rudrabioventures
View Mobile No.
Call +91-8048555869
Send SMS
Send Email
Tell us what you
need
Receive seller
details
Seal the deal
Save time! Get Best Deal
I agree to the terms and privacy policy