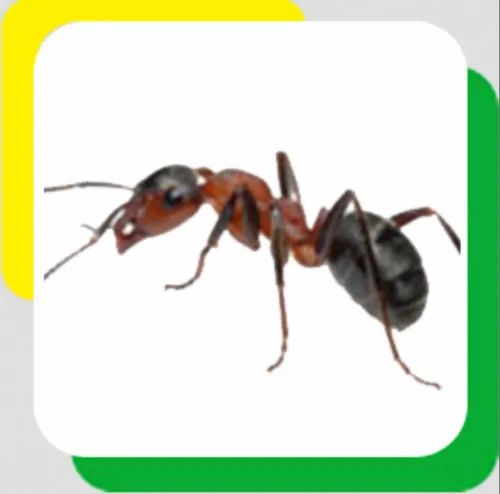 Get Latest Price
Much like their name states, carpenter ants create finely ground tunnels that allow them to make their nests inside soft or moist wood. If this moistened wood happens to be a part of the structure of your home carpenter ants can cause structural damage and infest your home.
Carpenter Ant Facts
Some species of carpenter ants can grow to be the largest of their species often reaching up to ¼ of an inch in length.
View Complete Details
Contact SellerAsk for best deal
Get Latest PriceRequest a quote

Much like their name states, carpenter ants create finely ground tunnels that allow them to make their nests inside soft or moist wood. If this moistened wood happens to be a part of the structure of your home carpenter ants can cause structural damage and infest your home.

Some species of carpenter ants can grow to be the largest of their species often reaching up to ¼ of an inch in length. Though there are nine species of carpenter ants across the United States they all carry similar colors from solid black or a yellowish red to a combination of both colors. All ants have a body divided into three sections: head, thorax and tail. Red ants also have antennae that are bent at a 90 degree angle and sport the standard 6 legs. Reproductive males and females are often mistaken as termites but winged ants will have wings of unequal length and fall off after mating, while termite wings are of equal length. The next clue to identifying a termite would be color and antennae. Termite antennae remain straight and ant antennae are bent at a 90 degree angle.

Ants are very social insects that make their home in a colony which was built by their queen after recently swarming and mating. Swarming usually occurs during the spring and fall after a rainfall. Winged males and winged females will leave their current colonies to swarm, pair off, and mate. After mating the male ant dies while the female ant will shed her wings and burrow into moist wood to build her own colony. During this time she will give birth to a few dozen eggs, and feed them herself. From then on the eggs will hatch and progress from larva into pupa, and then finally into fully grown adults. This process takes around 2 months. Though a queen may only be able to produce a few subsequent eggs at the beginning, the amount of eggs will increase over time, resulting in up to 3,000 ants per colony.

How Carpenter Ants Affect Your Home

The reason why carpenter ants may become a nuisance to a household is because of their inherent need to burrow into a home’s wooden structure. Once a colony has made their nest inside of a person’s home, the colony may continue to grow, which will directly result in an infestation. Carpenter ants may infest a home in a number of different ways, including voids between window sills, door frames, or bathtubs; wood that is in contact with soil such as porches, basements, or damaged outside walls; and wood that has been softened from leakage around sinks or faucets. Evidence that there may be an ant colony hidden inside your home would be a stray ant that scouts for nearby food, and “frass piles,” or wood shavings that have been excavated from ant tunnels and placed outside of the tunnel. Unfortunately, these frass piles are not always visible therefore the best indication that you may have an ant infestation would be to look for cracks and moist wood around the infrastructure of your home.

Carpenter ants can give a nasty bite that will appear as raised skin that is small, round in shape, and will sting and itch. Severe ant bites can cause secondary infection if scratched, which will release pus and can scar. It is possible that after being bit a human can experience anaphylaxis or a severe reaction over the entire body. Carpenter ant stings treatment include using anything from an anti-itch cream or a simple home remedy. Call your doctor or medical professional to discuss the treatment that is right for you.

Get Directions
https://www.indiamart.com/eka-pest-control-service
View Mobile No.
Call +91-9799982286
Send SMS
Send Email
Tell us what you
need
Receive seller
details
Seal the deal
Pay with IndiaMART
Save time! Get Best Deal
I agree to the terms and privacy policy