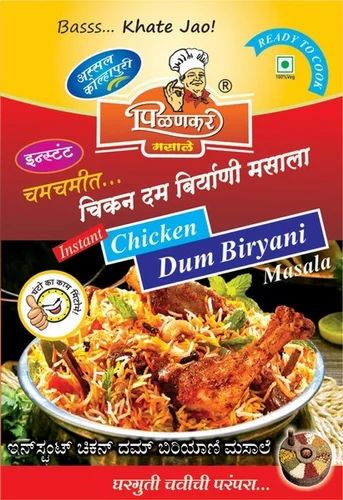 Year of Establishment1988
Legal Status of FirmIndividual - Proprietor
Nature of BusinessManufacturer
Number of Employees11 to 25 People
IndiaMART Member SinceAug 2014
GST27ABLPP1828M1Z4
Welcome to Pilankar Masale
To search roots of ‘Pilankar Udyog’; one has to ponder in to its legacy initiated way back during 1960. The story begins with Shri. Shankar Shripad Pilankar and Smt. Sudha Shankar Pilankar; who shifted to Kolhapur from a small village of northern Karnataka; to retain their livelihood. They started domestic production of traditional spices. In a short while, due to its highest quality & taste; the spices became popular in local market. As a homely outlet of these products they started a shop : Uday Bhandar at very much crowded location of Mahadwar road. The shop was agoing for nearly 50 years. After closing down this shop; they concentrated on Kolhapur’s market & targeted Supreme outlets such as Janata Bazaar, Shetakari Sangh, Warana Bazaar & the other customized shops.
During 1988 Shri. Dilip; son of Shri. Shankar taken over couple of responsibilities of this business. Under proper guidance of his father & during his regime; Dilip strategically planned many ways of business building. He shifted a production unit from home to a smaller industrial area. Dilip increased number of employees according to the business growth. As this product is mainly related to the kitchen, he employed women. Within 4 years; during 1992; factory was shifted to yet another spacious location closet to market places. Since the day, entire business volume is been operated from the same location. With 12 women employees, 3 marketing staff & 12 distributors located at Sangli, Ratnagiri, Nagar, Nashik, Pune & other towns the business is consistently growing.
The legacy continues from production of 5 to 10 Kgs per week to 500 KGs per day; number of products from 5 to 100 and a domestic unit to a spacious factory is all because of the consistent efforts & quality consciousness of entire team.
Quality control is taken care by Mrs. Sayli; spouse of Dilip; who has completed her degree in food technology.
Mugdha, their daughter is studying Telecommunication Engineering in Mumbai. She keenly takes interest whenever she is in Kolhapur during vacations
Send your enquiry to this supplier
I agree to the terms and privacy policy

Get Directions
https://www.indiamart.com/pilankar-udyog
View Mobile No.
Call +91-8045324194
Send SMS
Send Email
Tell us what you
need
Receive seller
details
Seal the deal
Pay with IndiaMART
Save time! Get Best Deal
I agree to the terms and privacy policy