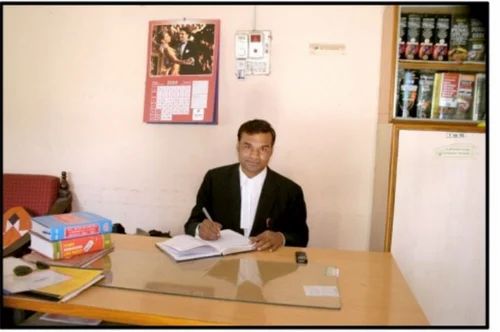 Nature of BusinessService Provider
IndiaMART Member SinceFeb 2014
Passed B.Sc. (Ag) and LL.B and then joined office of the then eminent Lawyer Shri. N.N. Elkunchwar, the Senior Advocate at Yavatmal – 445 001 (M.S.), INDIA, in 1976. Practiced under the able guidance of Shri. N.N. Elkunchwar Advocate exclusively towards Civil Side. In the year 1981 joined Lower Judiciary at Aurangabad (M.S.), INDIA, as Civil Judge Junior Division and Judicial Magistrate First Class. Thereafter was transferred to Karanja (Lad), District Washim (M.S.), INDIA. Was promoted as Civil Judge Senior Division and Chief Judicial Magistrate and posted at Nagpur (M.S.), INDIA, in the year 1991. Thereafter served as such at Thane, Ratnagiri and again at Nagpur in Maharashtra State, INDIA. In the year 2002 took Voluntary Retirement from Nagpur. Since then practicing as an Advocate in Yavatmal District Court and its subordinate courts in the district towards Civil, Criminal and Matrimonial Cases. Also practices at High Court of Judicature Bombay, bench at Nagpur and Aurangabad. Has dealt with a variety of Civil, Criminal and Matrimonial Cases with distinction producing a high percentage of favourable results in favour of my clients. The experience of working in the judiciary has provided me with an insight of the perspective of the judiciary towards the cases and hence each case dealt by me comes with a distinct advantage and very surely with a very visible human approach.
Send your enquiry to this supplier
I agree to the terms and privacy policy