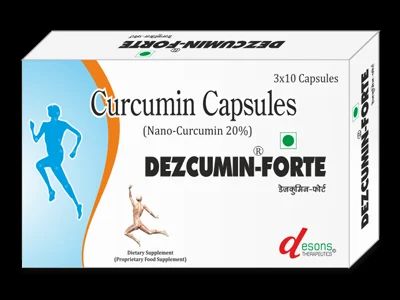 Mankind has been consistently trying to fight ageing and its

Mankind has been consistently trying to fight ageing and its concomitant disease processes-atherosclerosis, cancers, Alzheimer's disease, arthritis, metabolic disorders and others. As we go deeper into the pathogenesis of these processes, many common factors emerge and we realize for instance, that a healthy diet and regular physical exercise are important measures to prevent almost all such disease processes and perhaps ageing itself.Similarly, some nutraceuticals are now being scientifically validated as important components of prevention and management of these disease processes and ageing. One such substance which is the subject of maximum research is curcumin(so much so as to be nick named curecumin). It is the therapeutic principle in turmeric.However,it is present only to the extent of 3% in turmeric and thus for a meaningful therapeutic dose, turmeric consumption alone is not adequate.

Curcumin : One Compound, Many Health Applications

Curcumin has been studied and shown effective for a variety of health concerns. It stops pain and inflammation, inhibits tumors and fights cancer, prevents fat growth and regulates blood sugar, stops depression and slows the effects of Alzheimer's disease. Curcumin works on multiple pathways in the body, simultaneously, which accounts for its ability to slow, stop, or prevent many different disease conditions.

Chronic pain means everything in life requires extra effort. Getting out of bed, walking to the mailbox, tying your shoes, and opening jars can be frustrating and excruciating. Although there are many causes of chronic pain past physical injuries, genetics and disease, dietary or nutritional deficiencies, one thing all forms of chronic pain have in common is inflammation and cellular damage.
Curcumin Stops Chronic Pain Without Risks Curcumin from turmeric (Curcuma longa) can stop them both. Because curcumin reduces inflammation throughout the body, it is very effective at stopping pain at the source. And, because curcumin also repairs cellular damage and prevents oxidative stress, it can actually heal tissues rather than just mask symptoms.

Rheumatoid arthritis and Curcumin For example, anyone who has been directly affected by rheumatoid arthritis or knows a family member or friend who suffers from RA knows how frustrating this condition can be. This autoimmune disease fools the body into attacking itself, and is normally known for the damage, inflammation, swelling, and pain is causes in joints. Less well-known is that rheumatoid arthritis can, in fact, attack anywhere in the body. About 1.5 million Americans deal with RA, which generally affects women more than men and can start showing symptoms in some as early as their 20s and 30s.
The immune cells involved in RA include T cells (which can be considered one of three types: helper, killer, and suppressor), and B cells, part of the adaptive immune system that responds to outside threats to the body. Autoimmune diseases like RA show a high activation of these cells, but without any apparent reason.
In any case, they attack the joints and cause serious damage, inflaming the cushioning synovial tissue, and eventually wearing away the structure of the joints altogether if left untreated.
This is partly due to the fact that synovial fluid provides a natural source of a ligand that helps the body properly form new bone tissue. Any disruption to the synovial fluid doesn't just reduce the non-bone joint structure, but the very ability for new healthy bone tissue to form at all.
So far, conventional approaches have had limited value. Treatment typically starts with overthe- counter or prescription anti-inflammatory drugs and may later include other medications that try to modulate the immune system.

Get Directions
www.indiamart.com/desons-therapeutics
View Mobile No.
Call +91-8048874699
Send SMS
Send Email
Tell us what you
need
Receive seller
details
Seal the deal
Save time! Get Best Deal
I agree to the terms and privacy policy