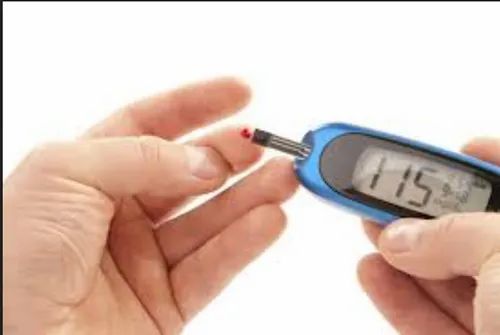 Acupressure means applying gentle pressure on a precise predefined acupressure points called acupoint. Acupressure stimulates the central nervous system (i.e. brain & spinal cord) to release chemicals which in-turn released hormones that influence the body’s natural healing, promotes physical and emotional wellbeing. In the same manner acupressure treatment helps to normalize blood glucose level naturally without any side effects, but additionally it promotes physical and mental health.There are a number of benefits that may be realized by using acupressure for diabetes. Acupressure is a safe, natural form of treatment that can help one’s body heal itself. A trained practitioner will be able to evaluate a particular patient’s needs and tailor the treatment to them. Most importantly, acupressure has been shown to help improve a number of issues commonly associated with diabetes, including high blood glucose levels, impaired kidney function, and neuropathy.

The use of acupressure for diabetes can offer patients a complementary form of treatment that is non-invasive and does not require the use of drugs or other medical procedures. It is considered safe and should not cause negative side effects. Acupressure involves the use of fingertip pressure to certain points on the body with the goal of balancing the flow of energy. This in turn should promote overall health and allow the body to heal problems it may have.

Another benefit of using acupressure for diabetes is that this type of treatment is typically much more individualized than traditional medical treatments. From the perspective of traditional Chinese medicine, diabetes can be caused by different problems within the body and can manifest in different ways. This means that the treatment for one person may not necessarily be effective for another. Those trained in the application of acupressure will work to understand the particular needs and issues of each patient and use acupressure on the appropriate points on the body for those needs.

Perhaps the best reason for the use of acupressure for diabetes is that it can help reduce the negative physical effects of the disease. While it may take some time and several sessions, patients have found that the use of acupressure can serve to help their bodies regulate and normalize their blood sugar levels. Patients who have issues with cholesterol levels along with their diabetes may see some improvement, with overall lower levels as well as decreased LDL and increased HDL. Acupressure may help improve kidney function in patients who have problems due to their diabetes. There is also evidence that it can reduce neuropathy, a condition that often occurs with diabetes where nerves in the peripheral nervous system become damaged, leading to pain or numbness in the extremities

In TCM diabetes is known as depletion-thirst disease, which is characterized by polydipsia (urge to drink more fluids),(eating too much),(urinate large volumes of urine) and(become lean due to lose of fat and muscle tissue)

High blood pressure is a common condition. Acupressure is often an effective method to control high blood pressure. Hypertension is not an identified pathology cause, but it can be effectively treated. Patients with hypertension will likely have a diagnosis involving Liver wind with Liver and or Kidney involvement. As the liver control the blood in TCM, circulation issues generally arise from a disharmony of the Liver.