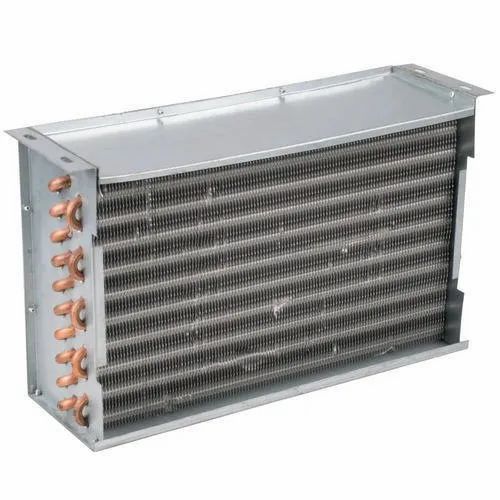 A finned tube heat exchanger can be found in a number of variants; The most familiar is an Air-Cooled design, such as a car radiator, where air flows over a fin core and cools down a hot liquid. The fins are positioned between the tubes to aid in the transfer of heat from the hot liquid to the cool air.

A finned tube heat exchanger will typically have tubes with fins attached to the outside of them. There will usually be a liquid flowing through the inside of the tubes and air or some other gas flowing outside of the tubes, where the additional heat transfer surface area due to the finned tube, increases the heat transfer rate. For a crossflow fin tube exchanger, the fins will typically be radial fins either circular or square.

A fin tube exchanger can be used as an industrial heat exchanger also. An application that has seen widespread expansion recently is ‘dry cooling’ for steam power plants. This consists of using an air-cooled condenser instead of a water-cooled condenser. Interest in dry cooling for steam power plants has increased because of concern about the amount of water use and thermal effects on water bodies from the traditional cooling systems, ‘once through cooling’ and ‘closed system – cooling tower cooling.’

Get Directions
https://www.indiamart.com/platexindia
View Mobile No.
Call +91-8048922833
Send SMS
Send Email
Tell us what you
need
Receive seller
details
Seal the deal
Pay with IndiaMART
Save time! Get Best Deal
I agree to the terms and privacy policy