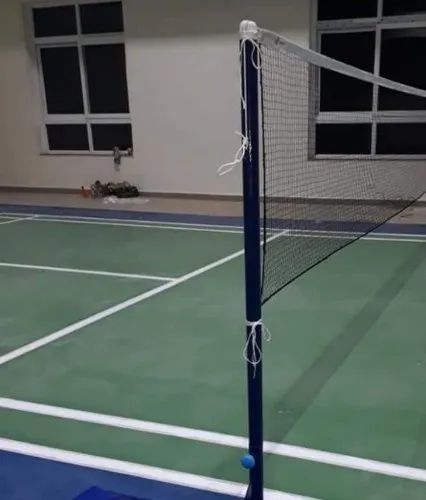 Fostered with massive industry experience and acquaintance of this arena, we are affianced in making available Badminton Pole that is widely used.

Established in 1949 at Connaught Place in the heart of New Delhi, Bajaj & Co. has built a nationwide reputation as a leading manufacturer of high-quality sporting equipment. Today, we are one of the biggest manufacturers of sports equipment in North India and also the OEM to various sports flooring & equipment companies in the Indian market. With more than 60 years experience in the industry. The philosophy of Bajaj Sports is to produce high quality sports & athletic products and accessories at competitive rates. We deliver, install and maintain all types of sports equipment from Kerala to Kashmir.

We are approved suppliers to The Sports Authority of India, various schools, colleges, MNC’s and the armed forces. Bajaj Sports was one of the proud suppliers to the Delhi Commonwealth Games CWG in 2010, Afro Asian Games in 2003, Asian Games in 1982 and just about any and every type of National & State-level sporting event held across India in the past 65 years!

Get Directions
https://www.bajajsports.in
View Mobile No.
Call +91-8048723601
Send SMS
Send Email
Tell us what you
need
Receive seller
details
Seal the deal
Pay with IndiaMART
Save time! Get Best Deal
I agree to the terms and privacy policy