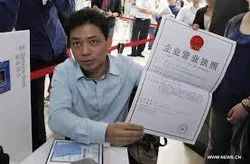 can create a matrimonial profile with photograph
can view limited details of all profiles
can search for suitable matches
can send limited pre-defined messages
can receive personalized messages from paid members
can response to all incoming proposals
can secure your photos and profile
can access limited details from other diocesan matrimonial sites (members of CIDMA)
Paid members can contact you, using your contact details.

Year of Establishment1977
Nature of BusinessService Provider
Annual TurnoverUpto Rs. 50 Lakh
IndiaMART Member SinceMay 2014
His Holiness Pope Paul VI of illustrious memory by the bull “Nos Beati Petri Successores” of 26th February 1977, separated the eastern part of the Archdiocese of Changanacherry and erected the new Eparchy of Kanjirapally, as a suffragan of the same Archdiocese. The six foranes namely Kanjirapally, Anakkara, Erumely, Kattappana, Mundakayam and Upputhara formed the new Eparchy. On the same day, His Holiness appointed Mar Joseph Powathil, the Auxiliary Bishop of Changanacherry, as the Bishop of the new Eparchy. On 12 May 1977, Mar Antony Padiyara, Archbishop of Changanacherry officially published the Papal bull in St. Dominic’s Cathedral Kanjirapally and Mar Joseph Powathil took charge as the first Bishop. He served the Eparchy up to 17 January 1986 and then he was installed as the Archbishop of Changanacherry.
His Holiness Pope John Paul II nominated Very Rev. Dr. Matthew Vattackuzhy who was Administrator of the Eparchy from 18th January 1986, the new Bishop of Kanjirapally on 20th December 1986 and the Episcopal Ordination took place on 26th February 1987 at St.Mary’s Old Church, Kanjirapally. He served the Eparchy till his retirement on 8th February 2001. On 19th January 2001 His Holiness Pope John Paul II nominated Rev. Fr. Mathew Arackal, the vicar of St. Mary’s Church, Elappara and the then Executive Director of P.D.S., the third Bishop of Kanjirapally, and his Episcopal Ordination took place on 9th February 2001 at St. Dominic’s Cathedral, Kanjirapally.
Send your enquiry to this supplier
I agree to the terms and privacy policy