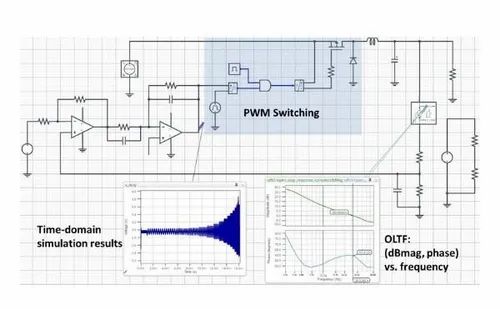 Appreciate to your quick and best response.

The mid 1960s marked the beginning of the field of frequency stability analysis. Frequency instability is caused by problems, like poor coordination of operation control, protection devices, weakness of equipment response and deficiency in generation reverse. Because of the non-linear behavior of electrical power system, the categorizing has become crucial for electrical power system stability troubles. In order to understand the instability problems and develop solutions regarding the physical nature of the instability, the size of disturbance anime frame are necessary to be deliberately estimated.

WHY IS FREQUENCY STABILITY ANALYSIS NECESSARY?

The aim of a frequency stability study is to portray the frequency and phase flickering of a frequency source in the frequency and time domains. Frequency stability is a crucial consideration in power system operation and planning, particularly as a consequence of recent increase in load demand. Consideration of load-generation balance so as to avoid system from splitting into islands has become a necessity in power system. It can be realized, whether system is stable from frequency viewpoint or not. Now threshold of under frequency load shedding protective device can be determined effectively. Frequency stability is crucial in isolated island grids when these small systems are open to different range of interruptions, like loss of generation or loads.

WHAT IS DONE DURING FREQUENCY STABILITY ANALYSIS?

A frequency stability study is usually done on a single device, and not on a group similar devices. The output of the device is generally assumed to exist indefinitely before and after the particular data set was measured, which are the (finite) population under analysis. It is also generally assumed that the stochastic characteristics of the device are constant (both stationary over time and ergodic over their population).

The analysis may show that this is not true, in which case the data record may have to be partitioned to obtain meaningful results. It is often best to portray and eliminate deterministic factors like frequency drift and temperature sensitivity, before analysing the noise. Environmental effects are often best handled by eliminating them from the test conditions. It is also presumed that instrumental effects and the frequency reference instability are either insignificant or eliminated from the data. A usual crisis for time domain frequency stability study is to create outputs at the lengthiest probable averaging times so as to reduce test time and expense. Analysis time is generally not as much of a factor.

We, Reliserv Solution from 2012 are one of the leading organizations involved in wholesale distributor, trader and service provider a broad spectrum of Numerical Relay. Offered range includes the finest quality Numerical Relay, VCB Breaker Spares, Electrical AMC Services and many more. All these products are designed by using only optimum grade components at vendors end. Offered products are highly demanded across the market for their unmatched quality, high durability, easy to use, high functionality and super performance. To suit the varied needs of our valued clients, these products are used in various fields.