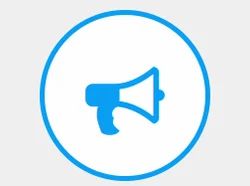 These institutes personify the vision of their founder, Prof. C. G. Kulkarni, a renowned academic, teacher and author.

Prof. Kulkarni started his teaching career in the Nowrosjee Wadia College, Pune, in June 1969 and later joined the Modern College of Arts, Science and Commerce, Pune, in June 1970 as a lecturer. He rendered his services to this college till April 1989 and, by virtue of his academic acumen, went on to head the Department of Mathematics between 1979 and 1989. He was immensely popular among his students all through his teaching stint at the two colleges. He taught Mathematics till the post-graduate level for Science students and till the graduate level for Arts and Commerce students.

Prof. Kulkarni was a member of the Pune University's Board of Studies for Mathematics from 1986 to 1989. During this period, he actively participated in devising and modernizing the Mathematics syllabi for graduate and post-graduate studies and also for the BCS. (Bachelor of Computer Science) studies. He also convened and participated in a number of seminars and workshops for formulating the syllabus. As a part of this

Prof. Kulkarni has also participated in setting Specimen Question Papers for Higher Secondary Certificate (HSC) Mathematics from 1980-82. Notably, barring slight modifications, the same pattern has been followed ever since.

Prof. Kulkarni has authored 35 textbooks, 8 of which are for the HSC curriculum and the remaining for the Bachelor of Science (B.Sc.) curricula of the Mumbai and Pune universities.

During his teaching stints at the colleges, students from his own as well as various other colleges approached him with requests for tuitions in Mathematics. It was here that the idea of these institutes struck roots and in all their glory, the institutes today are an embodiment of Prof. Kulkarni's passion and flair for teaching.

Prof. Kulkarni's students run into thousands and have progressed to eminent positions all across the globe as doctors, engineers, scientists, architects, software engineers, chartered accountants, cost accountants, executives and so on.

This golden tradition is now carried forward by :

Mrs Gauurei Kulkarni - She is the proprietor of Subodh Classes. She has degrees in Psychology, Management, Computer Science and Languages. She has cross functional experience in manufacturing, IT and educational sectors in brand building, organizational development, strategy building. Her role in Subodh is providing strategic guidance in all operations, franchise building and management , further growth strategies.

Mr. Vasant Walunj - He has 35 years of class management experience in Subodh. He supervises quality deliveries across all branches of Subodh.


The Conception of Subodh

Meaning of "Subodh" The Sanskrit verb "Dnyan" means "to know". Noun "Dnya Janati" which means "knowledge" is derived from the verb "to know". "To acquire knowledge of certain subject of study" does not merely mean "to obtain information about it".