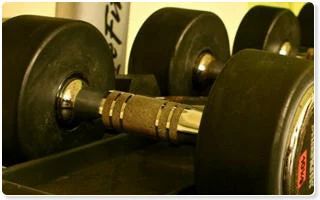 Get Latest Price
In today’s world, the average person is pretty fitness-conscious and is slowly but surely learning that to stay fit requires not just individual application but also professional guidance and most importantly, a good gymnasium to work out in.
The Madras Club Gym is one such well-equipped place. There are treadmills and elliptical trainers for the cardio enthusiasts, free weights and strength machines for those
View Complete Details
Contact SellerAsk for best deal
Get Latest PriceRequest a quote

In today’s world, the average person is pretty fitness-conscious and is slowly but surely learning that to stay fit requires not just individual application but also professional guidance and most importantly, a good gymnasium to work out in.

The Madras Club Gym is one such well-equipped place. There are treadmills and elliptical trainers for the cardio enthusiasts, free weights and strength machines for those looking to build muscle and an attached studio for other activities such as yoga, aerobics,etc. The gym timings are from ____ to ____ am and in the evenings from ___ to ____. There is also a trainer, Ravi, who is on hand to guide a novice or to aid the more experienced ones. Aerobic classes are conducted by the experienced Kamlesh Futnani on Tuesdays, Thursdays and Saturdays from 5:30pm to 6:30pm. _____ takes yoga classes on _________________________.

The Gym here has something for everyone, the serious fitness enthusiasts as well as those that want only a casual workout. So what are you waiting for, don those exercice togs and work away those calories.

The Madras Club, founded in 1832, is the second oldest surviving club in India after the Bengal Club, Calcutta. It has had three homes including its present one, the Mowbrays Cupola.

The first meeting of the Club was held in February, 1832 with Sir Robert Comyn, the Chief Justice in the Chair. Plans for acquisition of premises were presented at this meeting and a Club House was purchased just before the opening date of 15.05.1832, in a Garden House, comprising 7 Acres, just off Mount Road between Whites Road and General Patters Road. The premises were purchased from Mr. Webster for Rs.30,000/- and forms the core of what is today called the "Express Estate", (now converted to the "Express Avenue" mall) abutting Club House Road. Sir Henry Chamier, the Chief Secretary, was the first President of the Club.

By 1862, the membership had grown to around 3000 and a need was felt for greater space. This led to the acquisition of a 4 acre property from Waller in 1852 and the lease of a 5 acre property from Col. Patullo, in 1898. These were the heydays of the Club and it soon became known as the Ace of Clubs, comparing favourably with the legendary Melbourne Club, Australia.

Since considerable expenses were required for maintenance as well as renovation of the Club, the Club moved into its second home at Branson Bagh opposite to the Church Park School, which belonged to the Raja of Bobbili. After renovation, it was ready to receive its members from April 1948.

Less than 10 years after it moved into its second home, the financial position of the Club was causing serious concern to its members. An increase in subscription was inevitable, but most members felt that they could not afford subscription to two major clubs, the other club being the Adyar Club, founded in 1890.

A proposal was mooted to merge both the clubs and after protracted discussions lasting over seven years, the merger was finally effected in 1963. The Madras Club sold its second home, Branson Bagh, and moved into its present location at Mowbrays Cupola along with a part of Mowbrays Garden, comprising 12.7 acres purchased from the Archdiocese of Mylapore, Madras, forming part of an extent of 105 acres which had been taken on lease by the Adyar Club.

Mowbrays Cupola was built sometime before 1792 by George Mowbrays, a respected businessman who later became the Sheriff and Mayor of Madras. He returned to England after his retirement in 1792 and the entirety of Mowbrays Gardens comprising 105 acres was acquired by Mr. John D’Monte, who died without any heirs, bequeathing his property to the Archdiocese of Mylapore, Madras.

The club has achieved a blend between a family club and one where privacy is available, and where serious business may also be addressed. Being run in a democratically elected and broad based electoral system, the Club has a wonderful mechanism by which it is run with the members’ interests uppermost. The Club has excellent dining and entertainment facilities, extensive car parking area for 150 cars, 14 residential rooms, an excellent library, two restaurants, a bakery, five tennis courts, the best swimming pool in town, a gymnasium, a walking track, and of course it is located on the Adyar River.

The Madras Club has retained its old world charm while at the same time offering modern comfort and facilities to its members.