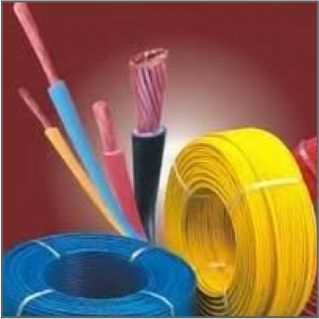 We hold actively engaged in providing an extensive range of House Cable. After procurement process, these cables are stringently checked on various security measures and defined industry standards for assured

We hold actively engaged in providing an extensive range of House Cable. After procurement process, these cables are stringently checked on various security measures and defined industry standards for assured quality. Our provided cables are preferably used for building wiring and house wiring. To make insulating and shock free cables, these are manufactured using PVC insulation, zero halogen insulation and teflon. We also offer these cables at best prices in market.

Year of Establishment1982
Legal Status of FirmIndividual - Proprietor
Nature of BusinessWholesale Trader
Number of EmployeesUpto 10 People
Annual TurnoverRs. 5 - 10 Crore
IndiaMART Member SinceSep 2010
GST07AETPG3663G1Z9
The company was founded under the name of M/s Nirmal Associates in 1982 as a small privately owned electrical goods trading company catering to the local market in Delhi, India; which later on in 1988 was renamed as M/s Ankit Switchgear.
Mr. Mukesh Garg was the visionary who established the company and pioneered the way of doing business. It is his hard work and fortitude along with an enriching industry experience that has given the company a strong foundation. Today, his sons Ankit and Priyank are taking the company, which was initially established as a small industrial trading house to new levels.
M/s Ankit Switchgear is constantly progressing and achieving great heights and this fact can be reinstated with the large number of experienced professionals working with the company and the huge clientele base that have facilitated in making the company an enormous success.