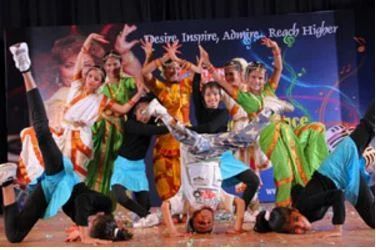 Nature of BusinessService Provider
IndiaMART Member SinceJul 2014
Tansen Sangeet Mahavidyalaya (TSM) was founded by Late Shri R. S. Verma (Sangeet Acharya) (1890-1991). It was established in the year 1972 in Hapur, District Ghaziabad (UP). He was born in Vhora Kareka, in District Aligarh (U.P.). He was a musician by birth as he learned music under the tutelage of his father Late Shri Hoti Lal Verma, who was a resident of Persoli, Mathura (UP) and lived during 1856 – 1948. He performed at many places in India with his group named “Sangeet Mandli”.
Listening to Late Sh. R.S. Verma’s renditions was a soulful experience and made one feel nearer to God. He was a vocalist of great renown and had a great mastery over instruments like harmonium and tabla. Further, he organized skits, dramas and such similar stage shows and acted in these as well, along with his group members of ‘Sangeet Mandli’ This group was a name to reckon with in its days.
To perpetuate the rich and renowned legacy of music and performing arts, his son Late Sri M. L. Verma ( Jan. 1, 1937- Jan. 21, 2011), took charge of Tansen Sangeet Mahavidyalaya as the Sangeet Acharya. He too was a child artist and had classical music in flowing in his veins and built upon that advantage extremely well. He was closely associated with Tansen Sangeet Mahavidyalaya as the Chairperson of the institute and the students were privileged to learn under his guidance. He actively provided guidance and imparted his great experiences for the multi-dimensional growth and progress of the TSM.
Current Scenario
Tansen Sangeet Mahavidyalaya® is a unit of Tansen Institute of Performing Arts (TIPA) Pvt. Ltd.. Besides other objectives it serves the social cause of making music and performing arts abundantly available across the country.
Send your enquiry to this supplier
I agree to the terms and privacy policy