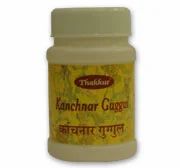 Two pills in the morning and two at night.

About us
In the 1970’s when Ayurveda and yoga were still looked with a lot of apprehension at international levels, few believed it , out of curiosity and no other alternative. Some believed because of their own scientific thinking.
In those days, Dr Chandrasekhar Gopalji Thakkur was a pioneer in spreading the knowledge of Ayurveda in the US, Germany, France and England . He also travelled extensively in the Middle East and the Far East.
Sind Ayurvedic Pharmacy is the first pharmacy which has combined astrology and medicine since 1911 and prepared the products keeping in mind the equilibrium of yin and yang, vayu, pittta and kapha. Every planet in the universe has direct or indirect effect on human body and hence the amalgamation of this knowledge of astrology and medicine has made Sind Ayurvedic Pharmacy’s drugs very effective and curative.
Send your enquiry to this supplier
I agree to the terms and privacy policy

Get Directions
https://www.indiamart.com/sind-ayurvedic-pharmacy
View Mobile No.
Call +91-7922133134
Send SMS
Send Email
Tell us what you
need
Receive seller
details
Seal the deal
Pay with IndiaMART
Save time! Get Best Deal
I agree to the terms and privacy policy