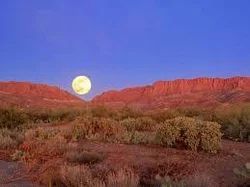 Year of Establishment2008
Legal Status of FirmIndividual - Proprietor
Nature of BusinessService Provider
Number of Employees11 to 25 People
Annual TurnoverRs. 50 Lakh - 1 Crore
IndiaMART Member SinceJan 2009
M/s Padutirupati Bio-Fuels was establihsed in the year 2003. We have established ourself as a leading preparer and of biomass Briquetted fuel to fulfill energy needs of all without polluting environment and causing any threat to human beings.
We offer Briquettes which are densification of Bio-mass such as groundnut shells, coffee husk and saw dust to produce homogeneous, uniformly sized solid pieces, which can be used as fuel. Gayathri biofuels prepares briquetted fuel that has high density (1200Kg/m3) and bulk density (800Kg/m3) as compared to 60 to 80 Kg/m3 of loose biomass. Briquette is an ideal Biofuel because of the following reasons
* Eco friendly & renewable energy fuel.
* Economical and cheaper than other fuels
A number of companies in India have switched from furnace oil to biomass briquettes to save costs on boiler fuels. Use of biomass briquettes can earn Carbon Credits for reducing emissions in the atmosphere. Biomass briquettes also provide more calorific value and save around 40 percent of boiler fuel costs.
Bio-mass briquette is one which takes agriculture residues such as saw dust, groundnut shells and coffee husk compresses it to make solid Briquettes. There are no binders involved in this process. The natural lignin in the wood binds the particles of wood together to form a solid briquette. Burning a wood briquette is far more efficient than burning firewood. Moisture content of a briquette can be as low as 4%, where as green firewood may be as high as 65%.