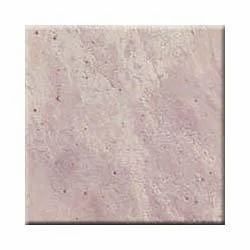 Lilac slate is a favorite of home-builder for its very soft texture & is ideal for creating a light rustic look. Lilac slate you can think of this slate as a light sand/lime color with varying amounts of reddish oxidation on the surface.

Since Butterscotch is a softer slate, it is not suitable for exterior applications. Lovers of beauty favor Lilac slate, a stone so beautiful that it would keep you both enchanted and enthralled for a lifetime. When Pink is Pure the beauty that it generates and spreads is inimitable. Lilac slate can transform any of your surroundings to both absolutely heavenly and tranquil.

Lilac Slate has light and dark shades of pink color and its true beauty is revealed, after it is honed. The inner waves and patterns of pink color that comes out from within the context are aesthetically appealing.

Year of Establishment2007
Legal Status of FirmSole Proprietorship (Individual)
Nature of BusinessManufacturer
Number of EmployeesUpto 10 People
Annual TurnoverUpto Rs. 50 Lakh
IndiaMART Member SinceAug 2010
MAN, from stone-age to space-age, has always been captivated by natural stones and has used them in his habitation. "Mother Nature" has continuously awed him by the limitless varieties from her treasures; and man has used these bounty for applications ranging from roofing to floorings, exteriors, interiors, walls and ceilings, and almost every visible part of his house as well as his workplace. NICHE NATURSTEIN, offers exclusive varieties of such natural stones from India.
NICHE NATURSTEIN is a division of "MEGA ROCK GROUP" which has been in the natural stone business for over a decade. The group has proven strength in exports of Granites and Marbles from India, in forms of rough blocks as well as finished slabs & tiles, around the Globe. Now the group has enhanced its strength by adding other Natural Stones to its range namely Quartzites, Slates, Limestones, and Sandstones. NICHE NATURSTEIN deals exclusively in these natural stones.
Send your enquiry to this supplier
I agree to the terms and privacy policy

Get Directions
https://www.indiamart.com/stonezone
View Mobile No.
Call +91-7224533948
Send SMS
Send Email
Tell us what you
need
Receive seller
details
Seal the deal
Pay with IndiaMART
Save time! Get Best Deal
I agree to the terms and privacy policy