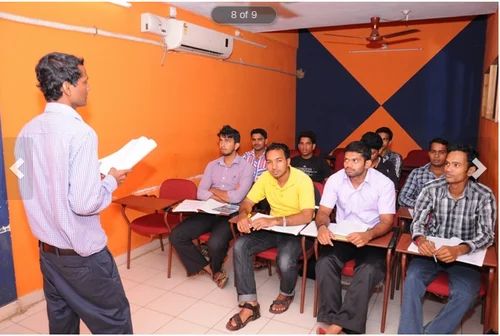 MIFSE stands first to start MBA in HSE Management under affiliation to Karnataka State Open University, Mysore. The Registrar of Karnataka State Open University Mr. Jayaprakash Rao and MIFSE Chairman Mr. Ando Paul signed a Memorandum Of Understanding (MOU). A copy of the MOU (agreement) was presented by Professor K.S Rangappa, Vice Chancellor of Karnataka State Open University to MIFSE Chairman in the presence of MIFSE Managing Director Mr. Vinod K J and KSOU Dean (Academic) Prof. Jagadish. The above course consists of 8 specializations like HR, Finance, Marketing, Banking, Petro-Chemical, Infrastructure, Marine Export and Energy Management. Out of which one specialization has to be chosen with HSE as compulsory specialization. The syllabus for MBA is prepared by eminent professors.

Semester examination is as per the regulatory body.

Minerva Educational & Charitable Trust is carved out with the sole motto of imparting quality education to the people at large at affordable cost. Peter Drucker says in his book, ‘Challenging 21st century’ that no Institute and industry will survive without enjoying the competency in the competitive global arena. For this purpose, the MIFSE has been created by Minerva Educational and Charitable Trust.
Mangalore Institute of Fire and Safety Engineering (MIFSE), known for education in Safety. The Institution is awarded with prestigious Indian Education Excellence award in 2014 as a No.1 institution for safety courses in India. MIFSE is a recognized institution by Government of Karnataka. It is also affiliated to some of the leading universities in India which have been accredited with â€˜Aâ€™ grade by the National Assessment Accreditation Council. Such universities include Mangalore University, a centenary old University of Mysore and also Karnataka State Open University. These universities have provided MIFSE an opportunity to impart quality education in Fire and Safety, Fire and Industrial Safety, Health Safety and Environment, Petrochemical, Oil & Gas Safety and also various functionaries of safety and management stream. MIFSE is also a certified institution of ISO 9001:2008 since 2010. Minerva Educational & Charitable Trust has authorized the MIFSE to impart quality education through its network branches. In 2007, MIFSE had just one branch in Mangalore. In 2015, number of branches has been increased to 14 and branches are located in Bangalore- Malleshwaram and Banshankari, Udupi, Shimoga, Davangere, Hubli, Belgam, Gulbarga, Hospet, Tumkur, Madikeri, Mysore. MIFSE has its Headquarters at Mangalore and Corporate Office is located at Mumbai- Thane (W).

MIFSE is a pioneer institute of Fire and Safety Education in India. As the civilization grows, various activities are prone to disasters. It may be noted that even prime places in the country and the world were set ablaze, Parliament in New Delhi, Secretariat Building in Mumbai, Carlton Towers in Bangalore, AMJ Hospital in Kolkata, Bhrahth Bengaluru Mahanagara Palike etc had the problem of fire accidents.

Accidents and incidents are either deliberate or due to technical flaw. Whatever be the reason, the result is dreadful, costing precious life, beside perishing property worth of crores of rupees and also destroying evidences.