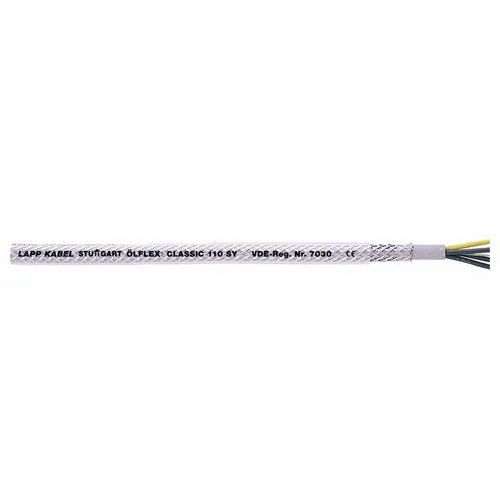 LAPP INDIA is a 100% subsidiary of the LAPP GROUP Germany, a leading supplier of integrated solutions and branded products in the field of cable and connection technology. We are the pioneers in introducing the concept of “Reliably connecting the world” with our unbeatable range of cabling products and solutions.

We started operations in India in 1996 by setting up state-of-the-art manufacturing unit at Jigani, Bangalore. In 2012, LAPP India set up its second manufacturing unit at Pilukhedi, Bhopal to primarily produce single core cables catering to the Building segment. We further expanded our production capacity in 2014 by doubling the production area in Jigani and adding a new multi core line in Bhopal with a total investment of over 5 Million Euros. Today, we are the third largest manufacturing facility of the LAPP Group. Each year, we manufacture 130,000 km of control, instrumentation, power and data cables along with connectors, accessories and End to End Systems.

At Lapp, we ensure we are, where customers are. LAPP India has pan India presence with dedicated regional Sales & Marketing offices in Delhi, Mumbai, Kolkata, Chennai, Pune and Bangalore. In addition to that, we have 23 sales offices and a strong network of over 130 across India.

The team at LAPP India has been growing to compliment our double digit growth in business year on year. Today, LAPP India has over 300 employees to best serve customers and meet the growing demand of the business.

LAPP brands – ÖLFLEX®, UNITRONIC®, ETHERLINE®, HITRONIC®, EPIC®, SKINTOP®, SILVYN®, FLEXIMARK® – are some of the best-known brands in the cable technology field and have earned a reputation for being high quality, reliable, value for money and safe.

We offer leading solution for every business needs – from tried and tested standard products to sophisticated customised solutions.

Get Directions
https://www.indiamart.com/lappgroupindia
View Mobile No.
Call +91-8048077127
Send SMS
Send Email
Tell us what you
need
Receive seller
details
Seal the deal
Pay with IndiaMART
Save time! Get Best Deal
I agree to the terms and privacy policy