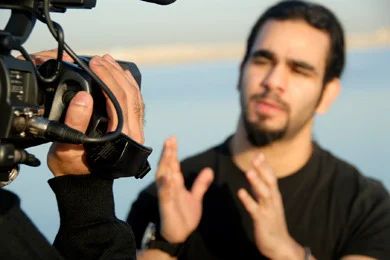 Year of Establishment2013
Legal Status of FirmPrivate Limited Company
Nature of BusinessService Provider
Number of EmployeesUpto 10 People
IndiaMART Member SinceMay 2015
We, Its Tou Media was established in the year 2013. We deals in the Event Photography, Digital Photography, Beauty And Fashion Photography, Portrait Photographer, Camera Crews, Event Production, Project Management, Production Personnel, Television Serials Media Service and SoftFilm And Ads Film etc. Production of media making movie industry are growing rapidly and remain appealing to many people. If you want to know about the cinematography and media film making production aspects of the industry, keep reading to explore the education and career options available. A cinematographer or director of photography (sometimes shortened to DP or DOP) is the chief over the camera crews working on a film, television production or other live action piece and is responsible for achieving artistic and technical decisions related to the image. The study and practice of this field is referred to as cinematography. Some filmmakers say that the cinematographer is just the chief over the camera and lighting, and the director of photography is the chief over all the photography components of film, including framing, costumes, makeup, and lighting, as well as the assistant of the post producer for color correction and grading.
Cinematographers determine how each scene in a movie, TV show, advertisement or video will look on camera, as determined by the director's overall plan and instructions for shooting. While these workers may not operate cameras themselves, they're responsible for directing the camera operators and ensuring that shooting proceeds according to plan. This typically involves scouting the location and checking lighting, film, focus, camera distance and angles. In post-production, they may oversee editing and cutting. The cinematographer selects the film stock, lens, filters, etc., to realize the scene in accordance with the intentions of the director.
Film producers plan and manage the technical and artistic resources for films. These professionals oversee the overall process of film production and may coordinate actors, film production personnel, technicians, directors and other workers. They may also oversee the budget and recruitment of staff, arrange and supervise script development and coordinate the locations, sets and equipment. Film producers typically must have comprehensive experience in the motion picture industry as well as proven entrepreneurial ability.

Get Directions
www.indiamart.com/its-tou-media
View Mobile No.
Call +91-8826164147
Send SMS
Send Email
Tell us what you
need
Receive seller
details
Seal the deal
Save time! Get Best Deal
I agree to the terms and privacy policy