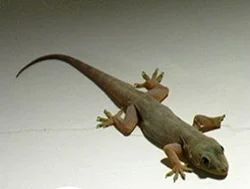 Year of Establishment2015
Legal Status of FirmIndividual - Proprietor
Nature of BusinessService Provider
Number of EmployeesUpto 10 People
Annual TurnoverUpto Rs. 50 Lakh
IndiaMART Member SinceFeb 2015
GST23BBRPP2559J1Z5
It was a long felt necessity to have a proper pest control service at Indore. Indore slowly but steadily was emerging as a metro city. This was bringing a tremendous pressure on the city management. The population burst amounted to near 50 lakhs within a span of 20 years. This was not very easy to control. Population increase brought all problems associated with public influx. The poorly managed drainage and sewerage system was not sufficient to meet the challenges of this heavy load. People were also not properly settled in planned settlements. The mismanagement in town garbage and wastage disposal brought about many problems. The major among them was pests and pest carried diseases. These pests also started creating havoc in destroying public property. Pests were taking its toll.
Indore became a stage where every pest carried disease was visible which started taking form of an epidemic. Situations started with disease like malaria, it was a killer disease at first. Many viral fevers stepped in. All courtesy to pests. Slowly things started getting worse. Diseases like Dengue came in. This was a fatal disease .Not to mention filariasis. They are all carried by different species of mosquitoes. Things started taking turns for real bad. Diseases like Ebola, Zika were the new imports which meant to kill only. Older diseases like H1 N1, Plague, Cholera, Typhoid, Paratyphoid, skin diseases, allergic conditions, Asthma, and so many more were running rampant in the city, taking the death toll to thousands.
Pests like Mosquito, Rats, Cockroaches, House flies, Termites; Lizards infested the city and were destroying it. An effective pest control service was an emergency need. Prevention and protection became more important. A team of pest control experts and persons knowledgeable of pesticide chemicals joined hands. They decided to start an organization to fight this menace. This was the beginning of Hindustan Pest Control Service. For years together HPCS rendered its services at Indore and nearby areas. The efficiency of the organization became well known. The activities increased, the area of operation expanded. Presently HPCS having branches in all the leading cities and towns of M.P. The operations are patronized in corporate sectors, especially in multinational companies. The work is growing.
Send your enquiry to this supplier
I agree to the terms and privacy policy

Get Directions
https://www.indiamart.com/hindustan-pst-control-srvics
View Mobile No.
Call +91-9302122221
Send SMS
Send Email
Tell us what you
need
Receive seller
details
Seal the deal
Pay with IndiaMART
Save time! Get Best Deal
I agree to the terms and privacy policy