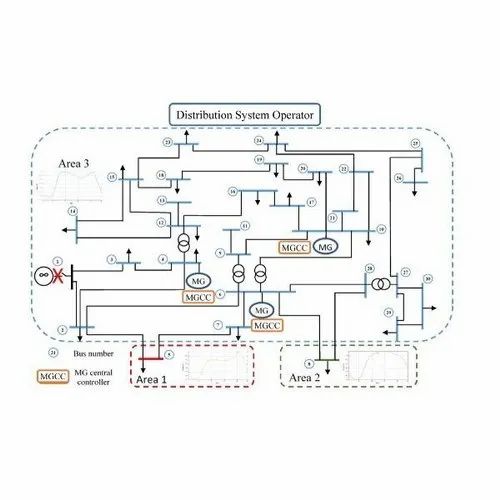 Appreciate to your quick and best response.

3) Relay Coordination Study and Analysis: - In power system protection relay and circuit breakers is the major instrument for large interconnected power system. We need proper protection to isolate the faulted region from healthier network. When two protective apparatus installed in series have certain characteristics, which provide a specified operating sequence, they are said to be coordinated or selective. Relay coordination is an important aspect in the protection system design as coordination schemes must guarantee fast, selective, and reliable relay operation to isolate the power system faulted sections.

4) Arc Flash Study : - The purpose of the arc flash study is to determine the protective clothing requirements for persons working on live or electrically energized equipment (whenever feasible and possible).
Determine the risk of personnel injury as a result of exposure to incident energy (IE) released during an arc-flash event

6) Dynamic and Transient Analysis : - As generators work in synchronism sudden load changes or faults could cause one or more of them to go out of step, which has to be dealt with.

A short circuit in a power system is clearly not a steady state condition and such an event can create a variety of dynamic phenomena in that system. Dynamic models are used to study those phenomena.

We, Reliserv Solution from 2012 are one of the leading organizations involved in wholesale distributor, trader and service provider a broad spectrum of Numerical Relay. Offered range includes the finest quality Numerical Relay, VCB Breaker Spares, Electrical AMC Services and many more. All these products are designed by using only optimum grade components at vendors end. Offered products are highly demanded across the market for their unmatched quality, high durability, easy to use, high functionality and super performance. To suit the varied needs of our valued clients, these products are used in various fields.