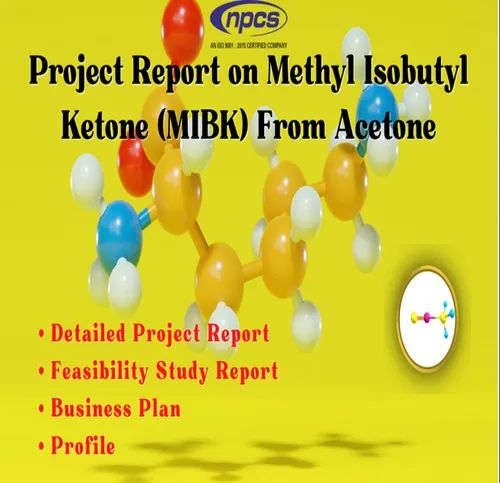 Methyl Isobutyl Ketone (MIBK) from Acetone (Used as a

Methyl isobutyl ketone (MIBK) is a colorless liquid with an odor similar to mothballs. MIBK is also known as 4-methyl-2-pentanone, hexane and isopropylacetone. While it is usually in liquid form, MIBK can change into a gas. MIBK will dissolve in water, alcohols, benzenes and ethers.

Methyl isobutyl ketone (MIBK) [CAS registry number: 108-10-1] is an organic compound with the formula (CH3)2CHCH2C(O)CH3. This colorless liquid, a ketone, is widely used as a solvent. MIBK is a colorless liquid with a characteristic ketone odor. It is highly flammable and vapors may travel to the source of ignition and flashback. It is soluble in water and miscible with most organic solvents and evaporates in air. It irritates the skin, eyes and respiratory tract and in high concentrations leads to nausea, headaches, dizziness and unconsciousness. MIBK is a clear liquid with a sweet odor; the odor threshold is 1.64-mg/m3 (0.4 ppm). It is moderately soluble in water. MIBK can react violently with oxidizing and reducing agents. When heated, peroxides may form by auto-oxidation and may explode spontaneously

Methyl isobutyl ketone is used in a number of industrial applications. The primary use of methyl isobutyl ketone, accounting for approximately 62 percent of all use, is as a solvent in protective coatings. It is also used as a solvent in specialty adhesives; in ink formulations; in dewaxing mineral oil; and in textile coatings and leather finishing. As a process solvent methyl isobutyl ketone is used in the separation and purification of certain metal ions, such as zirconium from hafnium; in the extraction and purification of antibiotics and other pharmaceuticals; and in the manufacture of insecticides and other pesticides. It is also used in purifying stearic acid; refining tall oil; and extracting rosin from softwood, especially pine.