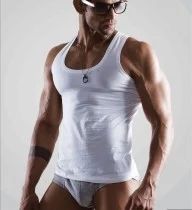 Nature of BusinessManufacturer
IndiaMART Member SinceFeb 2014
Someone does something that is remarkably impossible for many and those taken the less travelled road have become the trend setters. There were prophets, messiahs, avatars, philosophers, warriors and scientists who in their times stood off the beaten path, laid their own, and lead the way for scores. Many of them were called as traitors during their period for having propounded all those objectionable principles. Even, in the hastiest of conclusions, would we opt to call those icons as traitors? Not surprisingly no, because being traitor is not an in born quality, it is actually the sum of one's reaction and response towards outward stimuli.
Traitors are the zealous heroes with questionable choices. Being good can be by chance but being a traitor is definitely not a causal choice, it is a concise decision taken with immense determination. A traitor is a stubborn follower of self, he never look up to anyone for inspiration, his aspiration ignites from within, he never follows anyone's footsteps, but leaves an undeniable footprint. He is actually a Dark Knight whose undying spirit rises magnificently. He is an ambitious goal getter, who will never settle for less, he closes the deal first and ask questions later, he will never rest on his laurels, nor he succumbs to external pressure. He is a man of magnetism, he is proactive, he never forgives nor forgets, he always makes his presence felt, he controls, manipulates, gives an axe or buries the hatchet whenever ever it's necessary, he possess the killer instinct, he will not be an easy Joe for anyone, he is always ready for the one good fight he will ever know, because he lives in the moment.
At Hanes we are for those gentlemen called traitors, the all pervasive human beings in this world. Our traitor range of every day basic apparel for men is all out to be the first wear of the men with freedom of thought and action, who stands not just apart but ahead of the pack. Our traitor inner wears are designed in a way to best suit the inner self of the chosen few, and are more than just the inner wear, they are actually active wear for the ever active traitors whom we celebrate the most. Happy to create a binding relationship with the gentlemen of their own rights.
Send your enquiry to this supplier
I agree to the terms and privacy policy