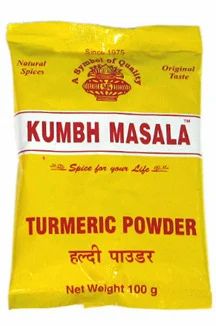 हल्दी पाउडर
Get Latest Price
Heat oil and add saunf, cloves, cinnamon, bay leaves.
- When they splutter add sliced onions and wait till it turns golden brown.
- Then add ginger garlic paste and green chilies.
- Add vegetables like cauliflower, peas and tomatoes which are not in the veg balls.
- This makes it a healthy meal since we get to have all vegetables in one dish.
View Complete Details
Contact SellerAsk for best deal
Get Latest PriceRequest a quote

Year of Establishment1975
Legal Status of FirmPartnership
Nature of BusinessManufacturer, Exporter, Trader
IndiaMART Member SinceApr 2009
The genesis of the concept of blended spices can be traced to the Garam Masala: the original Indian 4 spice blend of cinnamon, pepper, clove, black cardamom that impart flavour and aroma to gourmet Indian cuisine. Taste, the third critical aspect, was achieved through the additions of various spices known as colouring agents, souring agents, thickening agents, pungents etc.
Various other ingredients such as herbs, pulses and fresh spices were also added as cooling agents and nutritives. A combination of taste, flavour and aroma distinguished one gourmet Indian cuisine from another.
"KUMBH MASALA" took inspiration from these ancient and traditional culinary practices to create 10 blends of spices, herbs and condiments.

Get Directions
www.indiamart.com/anilkumar-sureshkumar-co
View Mobile No.
Call +91-9324268868
Send SMS
Send Email
Tell us what you
need
Receive seller
details
Seal the deal
Save time! Get Best Deal
I agree to the terms and privacy policy