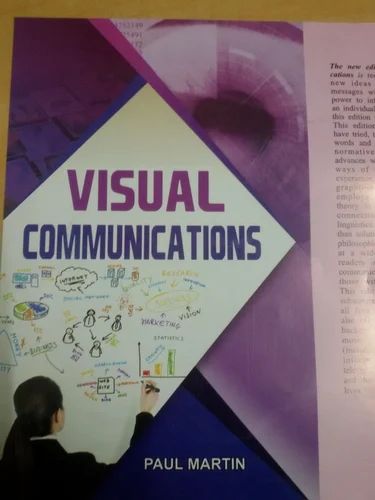 The new edition of Visual Communications is redesigned to explore several new ideas that memorable visual messages with text have the greatest power to inform, educate and persuade an individual. Much of an exploration in this edition will be new for the readers. This edition attempts, as many others have tried, to even up the score between words and images. Veering away from normative approaches, the author advances with original strides into new ways of understanding the visual experience. Departing from aesthetic and graphic-based directions, the book employs information and language theory to support an enquiry into the connection between perception and linguistics. In dealing with ideas, rather than solutions, the book resonates with a philosophical tenor. This book is targeted at a wide range of interdisciplinary readers including media, cultural and communication students and particularly those with interests in visual theory. This edition is the only text to offer substantial coverage of issues specific to all forms of visual communication. It also offers physiological and theoretical background on visual perception, then moves to discussion of various media (including typography, graphic design, informational graphics, photography, television, video, and interactive media) and the very visible role to play in our lives.

Paul Martin is a full time professor of Communications at University of Adelaide, Australia. After receiving an undergraduate degree in journalism he worked as a photojournalist for Australian Broadcasting Corporation for three years. Martin however continued his study and received his Master’s and a Ph.D. from University of Newcastle in mass communications. He is the author or editor of Visual Journalism: A Guide for New Media Professionals (with Christopher R. Harris). In addition, Martin has published numerous articles in major communications’ journals. He has given keynote speeches, panel discussions, presentations and workshops throughout the United States and in Australia, Canada, South Africa, Spain, Sweden, and the Netherlands. His areas of expertise include e-learning, photojournalism practice, mass media and professional ethics, desktop and Internet publishing, visual communications, and new communications technologies.