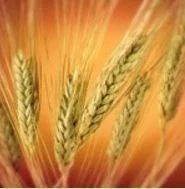 Year of Establishment2008
Legal Status of FirmIndividual - Proprietor
Nature of BusinessManufacturer
Annual TurnoverRs. 10 - 25 Crore
IndiaMART Member SinceJun 2014
GST10ACHPC1227E1ZM
The company, founded in October in the non-descript Chaubeyjee ki Chhaawani, Sikraul near (Buxar) in Bihar 2008 was a pioneering effort in pushing forward the holistic concept of rainbow revolution. The rural landscape of Bihar had already been transformed after the Green Revolution of the late 1960's. However, there were a few vital links missing in this agricultural revolution. Important among them were the availability of quality High Yield Variety Seeds at affordable costs.
Secondly, the accessibility of this quality seed was also important. The farmers from remote areas had to procure the seeds from the state capital or from a counted few assorted centers scattered over this large state of Bihar.
Thirdly, the problem of procurement of agricultural produce was also there private agencies speculated prices to the detriment of the soil-titter. Government procurement agencies like the Food Corporation of India, the State Rural Marketing and procuring "Bazaar Samitis" have become mired in inefficiency and ineptitude and are almost moribund.
Against such a bleak scenario, Ratnagiri Seeds and Farm has made a valiant effort to transform the rural landscape of Bihar.
The Company has made remarkable forays in procurement and processing of seeds like paddy, wheat and lentils. The company also plans to diversify in the production of cattle feed like Birsimha grass and other optimized cattle feed products, which suit the native propensities of the local indigenous cattle breed.
Ratnagiri Seeds and Farm has started the procurement and processing of long-duration (155 days and above) paddy high-yielding varieties like MTU-7029 and RM-1. In addition, the company has pioneered the development of Kasturi, a super-fine and fragmented variety of rice that is not susceptive to pests and diseases afflicting the traditional fine rice varieties, Shweta another fine variety of rice is being processed and distributed by the company.
The company has made a stellar effort in popularizing the short duration and draught resistant varieties of rice like Abhiskek and Mallika, which are cultivated in a small span of 110-125 days.
A special feather in the cap of the company is the popularization of the two fragrant varieties of rice that can suitably compare with basmati rice in taste and fragrance viz R-1121 and Rajbhog. Whereas the former has long grains, the latter i.e. Rajbhog is a small and fine variety. However both are peerless in taste and fragrance - an indulgent aspect of culinary delight.
However, the crowning glory of Ratnagiri Seeds and Farms is the development, demonstration and launching of its indigenous hybrid rice variety - Ratnagiri-999. The variety launched last year has already had successful field demonstrations. The company plans to market it from the Kharif season of 2011-2012.
In the field of wheat, the company is successfully procuring and processing varieties like PBW-154, HUW-234, PBW-502, PBW-373, PBW-343, HD-2643 and WH-711.
The company has further increased its scope and expertise by striking a strategic collaboration with the Orient Seeds and Crop Sciences - a Pioneering company of Hyderabad. This collaboration brings international technology and expertise to the seeds processing industry in Bihar.
Send your enquiry to this supplier
I agree to the terms and privacy policy

Get Directions
https://www.indiamart.com/ratnagiri-seeds-farms
View Mobile No.
Call +91-8068441048
Send SMS
Send Email
Tell us what you
need
Receive seller
details
Seal the deal
Pay with IndiaMART
Save time! Get Best Deal
I agree to the terms and privacy policy