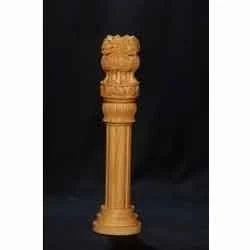 In the movements of their mind, as in the vibrations of their daily life, and in the mystical flights of their spirit no less, the Indians looked upon the human body, as they looked upon the material world, with curiosity, with longing, with fear, with regret. At no time were they indifferent to it. The human body remained on abiding concern, with this recognition, however, that man’s being is not limited to his physicality. In all the conflicting expressions of his humanity there runs a connecting truth: nothing that is natural and human need be despised, much less negated, but everything that is natural and human is to be transcended for in self-transcendence is man fulfilled.

Indian art, like the systems of Indian philosophy, was rooted in that truth, and so were Indian music and dance. Together they evolved as related expressions of man’s humanity, symbolized by a tree inverted, whose leaves and branches and fruits are spread upon earth, and its roots in the cosmic space. The art of making images in bronze reached its most brilliant expression in the Chola period; and the Chola period the tenth century in particular, was without question among the most creative periods of Indian art. The Chola bronzes express more than the preceding Pallava rock-cut sculpture did, the fullness of the human body and emotions. The virility and strength of the male figure, and the sensuousness and grace of the female acquired in them very nearly a life-like quality. One can see in them the expression of a vast range of human emotions: ecstacy, simple joy, tenderness, tranquility, authority, and coyness; and because nothing in life was negated, even the aggressive, the violent and the grotesque. All are energy movement, dance.

The Tamilnadu Handicrafts Development Corporation was set up in 1973 by the Government of Tamilnadu.

Having six production units of its own, the aim of this Corporation has been to develop the handicrafts of Tamilnadu and by providing market outlets for a wide variety of them, to support the numerous artisans who have as their forefathers did, the making of handicrafts as their principal means both of livelihood and creativeness – in clay, stone, brass metal, wood, gold and silver, ivory, cane and bamboo, silk and cotton and in bronze.

The bronze icons, such as depicted in this brochure, mostly replicas of the 10th – 12th centuries Chola bronzes are sculptured strictly on the lines prescribed in the Silpasastra texts, at the Corporation’s units at Swamimalai in Thanjavur district and also at Salem. These like all other medieval Indian bronzes, carry no signature.

Named POOMPUHAR after a most ancient and fabulous Tamil coastal city, the Corporation has its emporia in almost all district towns of Tamilnadu; in Tiruchirappalli, Thanjavur, Madurai, Tirunelveli, Salem, Erode and Coimbatore.

It has an emporium also at Mahabalipuram, fifty-five kilometers from Chennai. Invariably visited for its famous Pallava rock-cut sculpture (c 700 A.D.) and here even today one can see the sculptor or work, and hear the sound of his chisel and hammer as it was heard in the centuries past. The major POOMPUHAR emporia are in Chennai, Bangalore, New Delhi and Calcutta.

Poompuhar will play an important role in the field of handicrafts sector in the state of Tamil Nadu and the nation. In short the Corporation will unite, all the hands that carve, sculpt, caste, engrave, polish, finish and create various kinds of crafts under one roof so as to preserve the nation’s heritage in the year to come