We are a leading Legal Advisor / Legal Help of Matrimonial Lawyers Services from New Delhi, India. 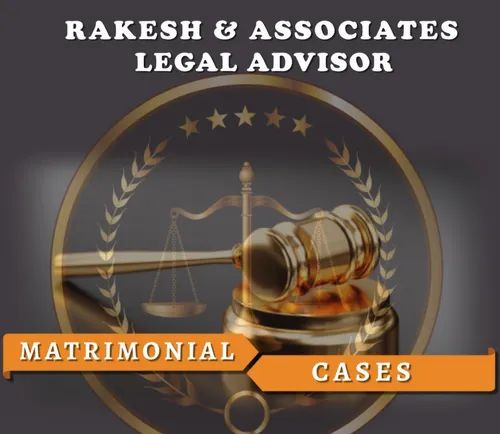 The moment two people decide to end their marriage, due to differences or any other issue, several legal aspects needs to be addressed. There should be an agreement concerning sharing assets, debts, maintenance & permanent alimony. If the couple have kids, the child custody needs to get resolved.

is gaining prominence today. Some victims always feel threatened that an aggressor might harm them within the confines of a house. In such a situation, they can file a petition so that there's a restraining order set. This order might be both permanent and temporary, based on the circumstance the victim is facing.

The family law comes with multiple clauses concerning adoption! The rules got added to make sure that the adopted child gets the best upbringing. When an individual or a couple decides for child adoption, they need to agree with these rules.

One of the debatable issues in a divorce case is child custody! When a couple isn't able to decide who will have the child, the court must intervene. The family courts that work on a child custody case consider multiple aspects like the child's requirements, parent's income, the parent's mental health, and the like to provide the best decision.


The divorce under Muslim law is of two types:-

Talaq -e-Ahsan: It consists of a single pronouncement of divorce. It is irrevocable even after expiration of period of iddat.

Talaq-e-Hasan: It is affected when the husband repudiates his wife during a Tuhr (period of purity) in which he has not had carnal connection with her and he repeats the repudiation during the next two tuhrs which makes the divorce final and irrevocable.

Talaq-ul-Biddat: Three pronouncements are made in a single breadth. It becomes irrevocable as soon as it is pronounced. It is considered to be the worst form of divorce.

Ila: If a husband after having attained puberty, swears by god not to have sexual intercourse with his wife for a period of four months or for any unspecified period, he is said to make Ila.

Zihar: If husband compares his wife to his mother or to a female within prohibited degrees of relationship, the wife has right to avoid him until he has performed penance for his sin.

Zihar: If husband compares his wife to his mother or to a female within prohibited degrees of relationship, the wife has right to avoid him until he has performed penance for his sin.

Khula: Khula is separation by putting an end to the matrimonial bonds and rights.

Mubarat: Mubarat is the dissolution of marriage by mutual agreement.

Talaq –e-Tafweez: A husband may delegate his power of talaq to his wife.